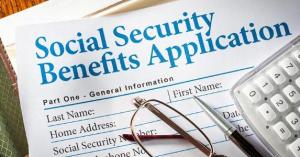 My Comments: Social Security benefit payments are critical for millions of Americans. When you apply and the amount of money you are entitled to is a decision fraught with uncertainty.

Since none of know how our life is going to play out, all we can do is develop an understanding of our choices so that we can at least make an informed decision, even if life ultimately throws us a curve ball. Just know that you are going to get about the same amount of money regardless of when you apply.

Know too that if you are the higher earner of the two, and you die first, then you are providing your survivor with more money per month if you wait. There is no real way to know the best answer.

Figuring out when to claim your Social Security benefits is a tricky question, and people wrestling with the decision often rely on several widely followed rules of thumb. Unfortunately, doing that can potentially lead you astray, because these are generalities, not rules, and they aren’t as clear-cut as you might think.

First, let’s look at the concept of delaying benefits.

1. You Should Always Delay Your Social Security Filing Age to 70

This one is the easiest to understand why it’s wrong — but the component of truth in it can be important, because it could work in your favor to delay. Of course, an absolute like this is going to be proven incorrect in some circumstances.

Most people know that if you start taking benefits early — as young as age 62 — your Social Security check will be lower than if you had waited until your full retirement age (FRA). And once you pass your FRA, your benefit grows each year beyond that until age 70, when it tops out. So, if you happen to be able to delay your Social Security filing age and you live a long time after age 70, over your lifetime you may receive more from Social Security than if you filed early. However, if you need the cash flow earlier due to lack of other sources of income or expect a shortened life span, filing early may be your only choice.

Filing earlier can provide income earlier, but depending on your circumstances you may be short-changing your family. When you file early, you are permanently reducing the amount of benefit that can be paid based on your earnings record. Your surviving spouse’s benefits will be tied to the amount that you receive when you file, and so if you delay to maximize your own benefit and your spouse survives you, you’re also maximizing the benefit available to him or her. This is assuming that your surviving spouse’s own benefit is something less than your own.

To see how this all works, consider this example. John, who is 62, will have a benefit of $1,500 available to him if he files for Social Security at age 66, his full retirement age. His wife, Sadie, will have a benefit of $500 available at her FRA. If John files at age 62, his benefit would be reduced permanently to $1,125 per month. When John dies, assuming Sadie is at least at FRA at the time, Sadie’s benefit would be stepped up to $1,237 (the minimum survivor benefit is 82.5% of the decedent’s FRA benefit amount).

On the other hand, if John could delay his benefit to age 68, he would receive $1,740 per month, because he would have accrued delayed retirement credits of 16%. Upon John’s death, Sadie would receive $1,740 in survivor benefits. By delaying his benefit six years, John would have improved his surviving spouse’s lot in life by over $500 per month. Of course, this would require him to come up with the funds to get by in life in the meantime, and so if he did have the funds available this would make a lot of sense. If he didn’t have other funds available, one thing that can help matters is if Sadie filed for her own benefit at age 62 — that would provide them with $375 per month while John delayed his benefits.

What to remember: The key here is that it’s often wise for the member of a couple who has the larger benefit to delay benefits for the longest period of time that they can afford, in order to increase the survivor benefit available to the surviving spouse. But it’s also often necessary to file earlier due to household cash flow shortages. As we’ll see a bit later, only the question of surviving benefits makes the idea of delaying benefits to age 70 a truism. Otherwise, it could be more beneficial to file earlier.

2. Increase Your Benefits by 8% Every Year You Delay Filing

This one again comes from a partial truth: For every year after FRA that you delay your Social Security filing, you will add 8% to your benefit. But the year-over-year benefit differences are not always 8%, and often the difference is much less.

What to remember: Don’t be distracted by the differing percentage changes over the years. The bottom line is, Social Security benefit amounts themselves do increase by approximately 8% per year overall every year you wait – but often the year-over-year percentage increase is less. An increase of 8% is an approximation, but in reality, your increase will often be less.

I’ve often quoted this as a generality — rarely pinning it down to a specific year but giving the range of around 80 years old. It’s not that simple, though, when you consider all the different ages that an individual can file. The break-even point is the age at which your lifetime payment amount would be equal, whether you claim Social Security early or late, and if you live beyond that, you would come out ahead by waiting. And if you don’t live to the break-even age, it’s better to claim earlier.