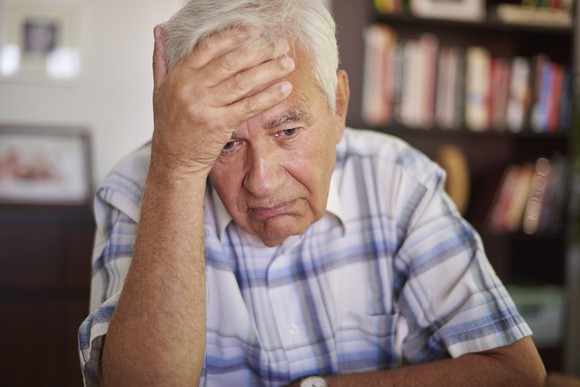 My Comments: After 40 plus years as a financial/retirement planner, I’ve lost count of the number of people who, as they approach retirement, ask whether they’ll have enough money. Or the corollary, when will they run out?

We all like to think of retirement as a carefree, fulfilling period of life. But those expectations may not actually jibe with reality. In fact, 28% of recent retirees say life is worse now that they’re stopped working, according to a new Nationwide survey. And the reasons for that dissatisfaction, not surprisingly, boil down to money — namely, inadequate income in the face of mounting bills.

Clearly, nobody wants a miserable retirement, so if you’re looking to avoid that fate, your best bet is to start ramping up your savings efforts now. Otherwise, you may come to miss your working years more than you’d think.

Countless workers expect their living costs to shrink in retirement, particularly those who manage to pay off their homes before bringing their careers to a close. But while certain costs, like commuting, will go down or disappear in retirement, most will likely remain stagnant, and several will in fact go up. Take food, for example. We all need to eat, whether we’re working or not, and there’s no reason to think your grocery bills will magically go down just because you no longer have an office to report to. The same holds true for things like cable, cellphone service, and other such luxuries we’ve all come to enjoy.

Then there are those costs that are likely to climb in retirement, like healthcare. It’s estimated that the typical 65-year-old couple today with generally good health will spend $400,000 or more on medical costs in retirement, not including long-term care expenditures. Break that spending down over a 20-year period, and that’s a lot of money to shell out annually. But it also makes sense. Whereas folks with private insurance often get the bulk of their medical expenses covered during their working years, Medicare’s coverage is surprisingly limited. And since we tend to acquire new health issues as we age, it’s no wonder so many seniors wind up spending considerably more than expected on medical care, thus contributing to both their dissatisfaction and stress.

And speaking of aging, let’s not forget that homes age, too. Even if you manage to enter retirement mortgage-free, if you own property, you’ll still be responsible for its associated taxes, insurance, and maintenance, all of which are likely to increase year over year. The latter can be a true budget-buster, because sometimes, all it takes is one major age-related repair to put an undue strain on your limited finances.

All of this means one thing: If you want to be happy in retirement, then you’ll need to go into it with enough money to cover the bills, and then some. And that means saving as aggressively as possible while you have the opportunity.

The Economic Policy Institute reports that nearly half of U.S. households have no retirement savings to show for. If you’re behind on savings, or have yet to begin setting money aside for the future at all, then now’s the time to make up for it.

Now the good news is that the more working years you have left, the greater your opportunity to amass some wealth before you call it quits — and without putting too much of a strain on your current budget. Here’s the sort of savings level you stand to retire with, for example, if you begin setting aside just $400 a month at various ages:

You can retire with a decent sum of money if you consistently save $400 a month for 25 or 30 years. But if you’re in your 50s already, you’ll need to do better. This might involve maxing out a company 401(k), which, as per today’s limits, means setting aside $24,500 annually in savings. Will that wreak havoc on your present spending habits? Probably. But will it make a huge difference in retirement? Absolutely.

In fact, if you were to save $24,500 a year for just 10 years and invest that money at the aforementioned average annual 8% return, you’d be sitting on $355,000 to fund your golden years. And that, combined with a modest level of Social Security income, is most likely enough to help alleviate much of the financial anxiety and unhappiness so many of today’s seniors face.

Retirement is supposed to be a rewarding time in your life, and you have the power to make it one. The key is to save as much as you can today, and reap the benefits when you’re older.