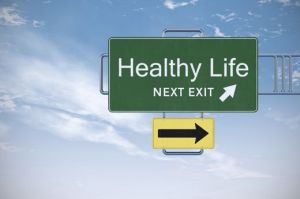 My Comments: During my 40 years as an insurance agent, I sold my share of health insurance policies. Over these years, it  became normal to see annual premium increases of 6% to 8% every year. These increases were driven primarily by Big Pharma (the drug industry) and by hospitals. For them it was the cost of new technology, demanded by physicians and patients alike, and by the huge number of uninsured people who used emergency rooms whenever they needed medical care. The cost of that care fell on those of us paying insurance premiums.

California adopted the system we’ve come to know as Obamacare, and while it has its flaws, put pressure on many of the egregious elements in the existing system to find remedies to control costs.

The premium increases described in this article are a strong step in the right direction. Too bad no one in Tallahassee had the ability adopt these strategies for those of us living in Florida. The crap and lies promoted by Fox News and the brotherhood called the GOP means the benefits of lower premium increases will fall somewhere else.

The PPACA marketplace in California has announced that premiums for plans on its exchange will rise by 4 percent next year, far lower than dramatic premium increases in certain areas detractors have highlighted to argue the new system isn’t working.

Supporters of the Patient Protection and Affordable Care Act are pointing to costs of health care in the nation’s most populous state as evidence that the law is working as intended, reports The Hill.

The 4 percent rise is slightly lower than the 4.2 percent increase that Golden State saw this year and is consistent with the average national increase projected in a study last year by the McKinsey Center for Health Care Reform.

“This is another year of good news for California’s consumers and further evidence that the Affordable Care Act is working,” Peter Lee, executive director of Covered California, told The Hill.

The announced rates are not final, and must still be reviewed by the state’s insurance commissioners. In recent months, President Obama and others in his administration have emphasized that insurers with plans in state and federal exchanges are expected to explain any proposed premium increases.

More healthy, young people are joining the exchanges and the federal government last month expanded a government-backed “reinsurance program” designed to protect health insurers from extremely high claim costs, Counihan wrote. The HHS will pay 100 percent of claims costs between $45,000 and $250,000 for insurers who pay into a national pool. Counihan also pointed out that overall medical costs have remained “moderate” in the past year, despite a big rise in the price of pharmaceuticals.

“Based on preliminary filings for the coming year, we are confident that, overall, consumers will retain access to a wide range of affordable options in 2016,” wrote Counihan.