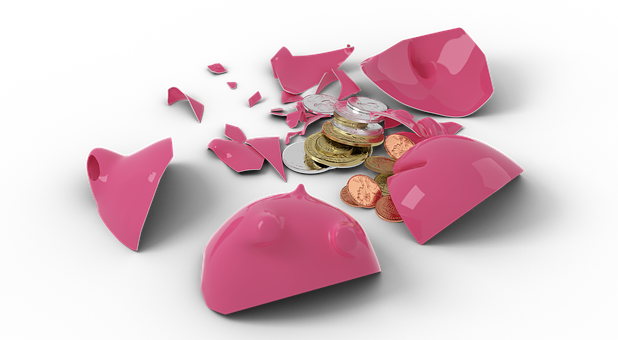 My Comments: readers of my posts know that I’m a progressive, whatever that actually means. As an economist, I choose to call myself a social capitalist, in that I strongly believe unfettered capitalism is as dangerous and corruptive as communism.

This is written before trump appears on national television to tell us why his wall is so important. I have no idea if his comments will resonate with us but I doubt it. It’s a medieval solution to a 21st century problem.

But make no mistake, his lackeys in Congress have abetted his efforts to push America into bankruptcy with the so called Tax Cut in 2018. That and the tariffs that are working to make us irrelevant on the world stage economically. I don’t agree with all this writer says, but much of what he says is valid.

The chickens are coming home to roost. It’s only a question of when.

Herbert Stein was chair of the Council of Economic Advisors under Presidents Richard Nixon and Gerald Ford and is the father of the more well known Ben Stein. In 1976, he propounded what he called “Stein’s Law”: if something cannot go on forever, it will stop. Stein was referring to economic trends, but the same law applies just as much to foreign policy and the concept of empire.

Stein’s Law at first glance might seem like a banal platitude. But we should be fully cognizant of its implications: an unsustainable system must have an end. The American empire is internally flawed, a fact that anti-imperialists both left and right should appreciate.

The United States’ national debt is approaching $22 trillion with a current federal budget deficit of over $800 billion. As Senator Rand Paul often points out, bankruptcy is the Sword of Damocles hanging perilously close to Uncle Sam’s neck. Outside of a handful of libertarian gadflies in Congress such as Paul, there is no serious political movement to curb the country’s wayward spending. It would take some upset of multiple times greater magnitude than Donald Trump’s 2016 victory to alter this course.

The United States holds the most debt of any country in the history of the world. In fairness, when our debt-to-GDP ratio is factored in, there are many countries in far more perilous economic situations than the U.S. But there will come a tipping point. How much debt can the system hold? When will the cracks grow too big to hide? When will the foundation crumble? There’s a great deal of ruin in a nation, said Adam Smith, and our ruin must ultimately come.

Is bankruptcy possible? As some Beltway economists remind us, no. Technically the government has the power to artificially create as many dollars as it needs to pay its debts. But this kind of hyper-inflation would deprive the U.S. dollar of any value and tank the global economy that trades with it. Simple failure to pay back our debt might even be a better scenario that such an inflationary hellscape.

When the world loses confidence in the American government’s ability to pay its debt, or the interest rate on our debt becomes unsustainably high, choices will have to be made. No more kicking the can down the road, no more 10-year projections to balance the budget. Congress, in a state of emergency, will have to take a buzzsaw to appropriations. And the empire will be the first thing to go.

Just like its warfare state, the government’s welfare state has plenty of internal calamities. But while it might be the preference of some megalomaniacal globalists to let the proles starve while preserving overseas holdings, it’s not going to happen. What would transpire if Social Security checks stopped showing up in mailboxes and Medicare benefits got cut off? When presented with that choice, will the average American choose his social safety net or continued funding for far-flung bases in Stuttgart, Okinawa, and Djibouti? Even the most militaristic congressperson will know which way to vote, lest they find a mob waiting outside their D.C. castles.

Neoconservatives constantly harp on the danger of vacuums. Without a U.S. presence, the logic goes, more sinister forces will take over. What happens when American troops must be evacuated from all over the world because we can’t afford to keep them there anymore? There’s no debate, no weighing of options, and no choice. If the money isn’t there, the money isn’t there. Nothing could tie the hands of America’s military more than a debt crisis. And if one happens, it will be in part because those same neoconservative intellectuals preached a multi-trillion-dollar global war to remake humanity in our image. Hubris leads to downfall.

This is the kind of danger that Rand Paul and others warn about. Not only are our undeclared wars illegal, counterintuitive, and destabilizing to foreign regions, they’re financially destabilizing for us as well.

A radical reexamination of America’s overseas assets and obligations must take place. Ideologically motivated wars have led us to the precipice of financial disaster. American foreign policy must adopt a limited, highly strategic view of its national interest and use its remaining wealth sparingly and only when necessary. Realism can stave off national ruin. Close bases in Germany and bring the money home, instead of forcing the troops to evacuate in the dead of night after it’s too late. Enter negotiations with the Taliban and have a planned withdrawal from Afghanistan, lest it end with helicopters fleeing Kabul like they did Saigon. Make the hard choices before circumstances make them for you.

Our leaders ignore Stein’s Law at their own peril. No matter what, U.S. troops are coming home. Better it be our decision than the debt collectors’.

Hunter DeRensis is an editorial assistant at The American Conservative and a student at George Mason University. Follow him on Twitter @HunterDeRensis.

One thought on “The Coming Bankruptcy of the American Empire”