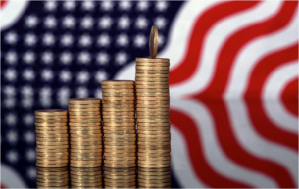 My Comments: Dr. Doom here once again! Fundamentally, I’m an optimist, except when the shadows of doom are clearly in the wings. If your money is exposed to the markets, I encourage you to read this.

If you can, look carefully at the chart and note the changes in key metrics for our economy between the two time periods.

In part, this explains why the Tea Party in Washington wants to kill any improvements to health care. But without explaining and encouraging an understanding of these metrics, whatever legitimacy the current Congress has for limiting money spent on health care goes down the drain.

I choose to ignore the author’s recommendations about what stocks to buy; I’m more interested in the coming fundamental upheaval in our ability to sustain our standards of living.

The man behind the iBankCoin blog on Thursday morning asked his readers: “Where were you when Snap ripped off America?”

While his rant focused on the wild valuation the Snapchat parent SNAP, -7.95% reached in its debut, others may see the booming IPO as a last gasp before the bubble pops like it did back in the days of Pets.com and Webvan.

“Even though current valuation measures are not as extreme as in 1999, today’s economic underpinnings are not as robust as they were then,” he wrote. “Such perspective allows for a unique quantification, a comparison of valuations and economic activity, to show that today’s P/E ratio might be more overvalued than those observed in 1999.”

In this chart, Lebowitz stacks up the metrics from the years running up to the dot-com explosion versus what we’ve seen since 2012:

Lebowitz acknowledged, of course, that equity valuations back in 1999 were, as proven after the fact, “grossly elevated.”

But when put up against a backdrop of economic factors, he says those numbers appear to be relatively tame compared with today.

“Some will likely argue with this analysis and claim that Donald Trump’s pro-growth agenda will invigorate the outlook for the economy and corporate earnings,” he wrote. “While that is a possibility, that argument is highly speculative as such policies face numerous headwinds along the path to implementation. Economic, demographic and productivity trends all portend stagnation.”

His bottom line: “There is little justification for paying such a historically steep premium for what could likely be feeble earnings growth for years to come.”