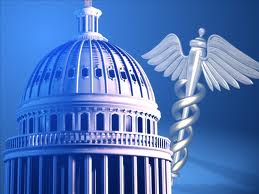 My Comments: Given that we are living much longer and that death is inevitable, if follows that access to affordable health care plays a role in our quality of life. This is especially true for those of us moving into or are already well into, our ‘golden’ years.

Medicare has become a critical component in the health and well being of Americans of every stripe. The fact that some of our elected officials see it as a threat to our survival as a nation is beyond comprehension. But then I remember I have clients who freak out if you suggest the current euphoria on Wall Street will not last forever.

I get asked frequently about Medicare and it’s implications. For me and my wife, our ability to seek help whenever a health issue surfaces, without having to first calculate it’s likely cost, is an enormous contributor to our peace of mind and quality of life. Here are three important suggestions.

There’s significant uncertainty about Medicare’s future in our current political environment, but for now, the program is helping more than 57 million people, or 18% of the U.S. population, have access to affordable healthcare.

Medicare will likely play an important part in your future health — and how you pay for healthcare in retirement will have a major effect on your overall finances. For maximum benefit and minimum cost, it’s smart to learn more about Medicare and how to get the most out of it.

Don’t be late signing up

Enrolling late can increase the cost of coverage for the rest of your life. You’re eligible for Medicare at age 65 and can sign up anytime within the three months leading up to your 65th birthday, during the month of your birthday, or within the three months that follow. That’s your Initial enrollment period. Miss it and your Part B premiums (which cover medical services, but not hospital services) can rise by 10% for each year that you were eligible for Medicare but didn’t enroll.

If you’re still working, with employer-provided healthcare coverage, at age 65, or are serving as a volunteer abroad, you can delay enrolling in Medicare without penalty.

Choose between original Medicare or a Medicare Advantage plan

Medicare enrollees get to choose between original Medicare, featuring parts A and B, and Medicare Advantage plans, which are sometimes referred to as Part C. With traditional (or “original”) Medicare, Part A covers inpatient hospital stays, hospice, and skilled-nursing facility stays, while Part B covers outpatient services, such as preventative care, laboratory tests, ambulance services, medical equipment, and necessary doctor services.

Medicare Advantage plans, meanwhile, are administered by private insurers but are regulated by the U.S. government. Each must offer at least as much coverage as original Medicare (i.e., the benefits you’ll find in Part A and Part B). Many go beyond that, though, offering broader coverage, such as vision care, dental care, and/or prescription drug coverage. (Those in original Medicare typically buy Part D for prescription drug coverage.) Roughly a third of Medicare enrollees are in Medicare Advantage plans.

So which Medicare plan is best for you and why should you choose one over the other? It depends on your needs and preferences. Original Medicare is accepted by the broadest swath of doctors and you can see them without referrals. So you can find and see a doctor anywhere in the U.S., which is especially handy if you’re a traveling retiree. Medicare Advantage plans, often similar to HMOs, feature defined networks of doctors (though some of the networks are quite large) or steeper costs for seeing out-of-network physicians, and they’re typically limited to your local region. (Some do, on a limited basis, cover healthcare outside the U.S., unlike original Medicare.)

While original Medicare will often have you footing 20% of many bills with no limit on how much you end up spending, your out-of-pocket costs in a Medicare Advantage plan are capped. (The average out-of-pocket cap was recently $5,223, but many plans feature caps below $3,000, and the limit for 2017 is $6,700.) Once you hit the limit, the plan will pay all further costs. Better still, many plans charge the enrollee nothing in premiums. (The Medicare program pays the insurance company offering it a set sum per enrollee and if the insurer thinks it can make a profit without charging its customers anything, it can do so.) The average monthly premium for Medicare Advantage plans was recently $33.

When deciding between original Medicare and Medicare Advantage, think about what doctors you see, what services you need, and what drugs you take and then compare coverage and costs for available plans. The Medicare Plan Finder at the Medicare website can help you compare plans and choose. Note the star ratings of your candidate plans and aim to choose only a four-star or five-star plan.

Once you decide, know that you can change your mind and choose a different plan next year. In fact, it’s a good idea to review all your options and their costs on an annual basis.

Medicare offers lots of screenings and preventive care that’s generally at no extra cost to you. Getting screened and seeing your doctor regularly can help identify problems early, before they grow worse and more costly. That can keep you healthier and living longer and better, while also keeping your healthcare costs down.

If your Medicare plan offers telehealth services, give them a whirl. They permit you to consult with doctors and other healthcare professionals electronically, often via a Skype-like video connection. These consultations can cost less than an in-person visit to your doctor and can be more convenient, happening immediately or within hours. They can be particularly helpful if you’re traveling and have a health concern. Telehealth isn’t generally an option for all original Medicare enrollees, but it’s available to some. And some Medicare Advantage plans offer it, too.

Finally, make use of wellness benefits included in your Medicare coverage. For starters, you’re entitled to one wellness visit annually. That’s when you can see your primary care doctor to review your health. Don’t skip this, as it’s available at no cost to you and gives your doctor a chance to discuss ways to get you healthier instead of just ways to treat the illness or injury you walked in with. You may have access to other health benefits and perks, too, such as discounts on gym memberships. Find out what your plan offers and make the most of those benefits. When you’re shopping for a Medicare plan, review available wellness perks, too, to see which would serve you best.

You can maximize your Medicare by signing up on time, choosing the plan that will serve you best while keeping your costs low, and making the most of screenings, telehealth services, and wellness benefits. Doing these things can not only boost your health, but they may also save you a lot of money.