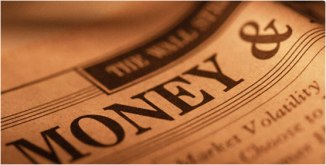 My Comments: This person may be right, or not. Yesterdays sell-off sure was ominous but you never “know” until it’s too late. One way to profit from the downturn is with alternative investments. Only very few investment managers use them as a matter of course when promoting their skill set to the public.

Those of you who know me may know about a company called Portfolio Strategies. My associate Alan Hagopian and I use them almost exclusively when positioning our clients money for the very same reasons described in this article from Axel Merk. We don’t try to hit any home runs, but being able to make money when everyone else is losing theirs is very helpful.

Increasingly concerned about the markets, I’ve taken more aggressive action than in 2007, the last time I soured on the equity markets. Let me explain why and what I’m doing to try to profit from what may lie ahead.

I started to get concerned about the markets in 2014, when I heard of a couple of investment advisers that increased their allocation to the stock market because they were losing clients for not keeping up with the averages.

Earlier this year, as the market kept marching upward, I decided that buying put options on equities wouldn’t give me the kind of protection I was looking for. So I liquidated most of my equity holdings. We also shut down our equity strategy for the firm.

Of late, I’ve taken it a step further, starting to build an outright short position on the market. In the long-run, this may be losing proposition, but right now, I am rather concerned about traditional asset allocation.

Fallacy of traditional asset allocation
The media has touted quotes of me saying things like, “Investors may want to allocate at least 20% of their portfolio to alternatives [to have a meaningful impact on their portfolio].”Â The context of this quote is that because many (certainly not all!) alternative investments have a lower volatility than equities, they won’t make much of a dent on investors’ portfolios unless they represent a substantial portion of one’s investment. Sure, I said that. And I believe in what I said. Yet, I’m also embarrassed by it. I’m embarrassed because while this is a perfectly fine statement in a normal market, it may be hogwash when a crash is looming. If you have a theoretical traditional “60/40” portfolio (60% stocks, 40% bonds), and we suppose stocks plunge 20% while bonds rise 2%, you have a theoretical return of -11.2%.

Now let’s suppose you add a 20% allocation of alternatives to the theoretical mix (48% stocks, 32% bonds, 20% alternatives) and let’s suppose alternatives rise by 5%: you reduce your losses to -7.96%. But what if you don’t really feel great about losing less than others; think the stock market will plunge by more than 20%; and that bonds won’t provide the refuge you are looking for? What about 100% alternatives? Part of the challenge is, of course, that alternatives provide no assurance of providing 5% return or any positive return when the market crashes; in fact, many alternative investments faired poorly in 2008, as low liquidity made it difficult for investors to execute some strategies.

Why?
Scholars and pundits alike say diversification pays off in the long-run, so why should one deviate from a traditional asset allocation. So why even suggest to deviate and look for alternatives? The reason is that modern portfolio theory, the theory traditional asset allocation is based on, relies on the fact that market prices reflect rational expectations. In the opinion of your humble observer, market prices have increasingly been reflecting the perceived next move of policy makers, most notably those of central bankers. And it’s one thing for central bankers to buy assets, in the process pushing prices higher; it’s an entirely different story for central bankers trying to extricate themselves from what they have created, which is what we believe they may be attempting. The common theme of central bank action around the world is that risk premia have been compressed, meaning risky assets don’t trade at much of a discount versus “risk-free” assets, notably:

Junk bonds and peripheral government bonds (bonds of Spain, Portugal, Italy, etc.) trade at a low discount versus US or German bonds; and
Stocks have been climbing relentlessly on the backdrop of low volatility.

When volatility is low and asset prices rise, buyers are attracted that don’t fully appreciate the underlying risks. Should volatility rise, these investors might flee their investments, saying they didn’t sign up for this. Differently said, central banks have fostered complacency, but fear may well be coming back. At least as importantly, these assets are still risky, but have not suddenly become safe. When investors realize this, they might react violently. This can be seen most easily when darlings on Wall Street miss earnings, but might also happen when central banks change course or any currently unforeseen event changes risk appetite in the market.