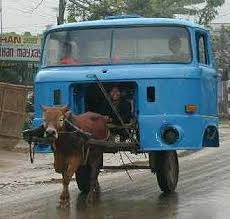 By John Gapper | The Financial Times

The New York minicab service I used to favour communicated in code. When you rang and gave your address, the radio dispatcher would reply “five minutes” and hang up. This meant a cab would arrive at any time from one to 10 minutes later. “Seven minutes” meant 20, and “10 minutes” meant that anything, or nothing, could happen.

This week, when I wanted a ride to London’s Heathrow airport, I used a computer account with Addison Lee, the biggest London service. The software told me when the car would come, showed me the likely route and deducted the fare from a credit card. A clean Ford Galaxy van arrived early and took me there smoothly – at twice the price of my former, less predictable journey to John F Kennedy International.

The revolution in the 400-year-old industry – from standing on the pavement to hail a taxi to summoning it by smartphone – is not cheap. But the cab-hiring applications, from Hailo to Uber, that challenge global tradition (Hailo launches on Thursday in Japan) are having a profound impact.

It is often possible to imagine what technology might achieve years ahead of it happening in practice. Think of the services in the dotcom boom that only worked properly when broadband came. A similar turning point has finally arrived in mobile, through a combination of smartphone apps, digital mapping and location tracking.

Every Silicon Valley buzz-phrase – the app economy, the sharing economy, social networking, the internet of things – has converged on the taxi industry. It has upset as many drivers and regulators as the invention of the hackney-coach in 17th-century London (“They have undone my poor trade, whereof I am a member,” lamented John Taylor, the Thames ferryman-poet), but is a boon for passengers.

If you include all the world’s cities, the taxi industry is big – Uber, the Silicon Valley limousine-hiring app, gained a $3.5bn valuation when Google and the private equity group TPG invested in August – and the competition is going global. As importantly, it illustrates how other local services could be transformed.

The industry is ripe for disruption because it is highly regulated, based on principles reaching back several centuries, and bespoke. Most cities divide cabs into licensed taxis – the only kind that are allowed to “ply for hire” by stopping in the street when hailed by a passenger – and minicabs that must be booked.

The tradition is that licensed taxis are of higher quality, especially in London, where drivers study for three or four years to gain “the Knowledge” of its streets and must go to any destination a passenger wants. In return, they gain privileges that go with their official status, such as the right to use London bus lanes (much to Addison Lee’s annoyance).

Mobile technology undermines this. The passenger can now “e-hail” either a taxi or a minicab by pressing a button on an app and waiting for the vehicle to arrive, which weakens the “ply for hire” privilege. “It has been fantastic for private hire because our cars can be hailed like taxis,” says Liam Griffin, Adddison Lee’s managing director.
Meanwhile, satellite navigation is reducing the Knowledge barrier; a machine can guide a driver who lacks it. No satnav device fully matches human expertise – an experienced driver will often reach the destination faster – but London is an unusually skilled market (take a New York taxi driver off Manhattan’s grid and see what happens) and technology keeps improving.

It is not all bad for licensed taxis. A set of technology companies, such as Hailo, Easy Taxi and GetTaxi, have offered apps to taxi drivers that allow passengers to book without making eye contact. “This is one of the first truly mobile app technologies that is functional and useful, not a game or a fad,” says Ron Zeghibe, Hailo’s chairman.

Arguably, the only real losers are the radio networks that take bookings for licensed cabs at call centres. Technology can now do the job more effectively by matching buy and sell orders on a spatial network, the cab equivalent of the automation of stock exchanges. The elimination of floor traders hurt those affected but increased the speed of trading.

At peak times, after all, there are too few licensed taxis to meet demand – London has 23,000 black cabs in a city of 8.3m people – and the app networks draw on a bigger pool. Outside peaks, taxi drivers can spend half their time trawling for fares, so technology helps reduce the waste of time.

It has upset incumbents, including regulators who prefer clear distinctions between hailable taxis and bookable minicabs. The District of Columbia Taxicab Commission has drafted silly new rules, such as minimum weights for “digital dispatch” cars, while New York’s liveried taxi companies want to stop yellow cabs taking smartphone bookings. They will not succeed in obstructing technological advance any more than the 17th-century ferrymen of the Thames. There are good reasons for licensing of taxis – public safety and service consistency – as well as bad ones, such as the restriction of trade and giving regulators power. Drivers who meet high standards will do fine.

Indeed, a striking aspect of the taxi upheaval is that it has come at the top end of the market. There have been cheap, low-quality minicabs for years but this wave of disrupters offers services akin to licensed taxis or limousines, albeit a bit cheaper and easier to book. (Uber has added UberX, a lower-cost service, to its original luxury vehicles). Despite the commotion, the taxi business has not fallen apart. To this passenger, it feels like an improvement.