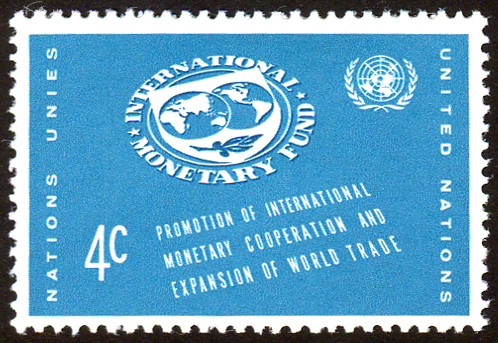 They recognize that market crashes happen from time to time, and that influences the amount of money they have in reserve to deploy around the world.

I see a parallel between their need to preserve their ability to deploy money under their mandate, with your ability to pay your bills in retirement. I encourage you to pay attention and position your money with this in mind.

U.S. markets are “going it alone” and investors are underestimating the amount of risk in the economy, the chief investment officer at Danish investment bank Saxo Bank, told CNBC on Wednesday.

“What we’re saying (to investors) at a bare minimum, is do acknowledge the fact that the U.S. is expensive by reducing (exposure to) the U.S.,” Steen Jakobsen told CNBC Europe’s ‘Squawk Box.’

“And if you don’t want to reduce overall equity exposure go to the MSCI World (a global equity index that represents just over 1,600 large and mid-cap companies across 23 developed markets countries) or take a little bit of risk in emerging markets.”

“For now, we’re pretty much saying to customers, be aware that the market is underestimating risk,” he added.

Jakobsen’s comments were made of the same day the International Monetary Fund (IMF) warned that “a further escalation of trade tensions, as well as rising geopolitical risks and policy uncertainty in major economies, could lead to a sudden deterioration in risk sentiment.”

If that happened, the fund said in its latest ‘Global Financial Stability Report,’ it could trigger “a broad-based correction in global capital markets and a sharp tightening of global financial conditions.”

U.S. markets are fretting but concerns are centered on rising U.S. interest rates, particularly this week after a strong set of economic data last week that could prompt the U.S. Federal Reserve to hike rates further and faster.

Jakobsen, who’s known for his bearish view on the U.S. economy, said it was “very prudent and right of the IMF to do this warning.” “It’s very rare that I (hold) sway with any policy institute globally but I absolutely think they’re (the IMF) right,” he said.

“We have three drivers of tighter monetary conditions, one being the price of energy, of course with this bi-product of inflation risk, but we also see the price of money…and the quantity of money, globally, is collapsing. So, in other words, the credit keg is lower so it’s absolutely prudent of the IMF to do this.”

Jakobsen believed that U.S. markets were buoyant because of tax changes introduced by President Donald Trump which lowered corporate taxes and incentivized companies to repatriate overseas profits, with a one-time repatriation tax. The changes were also criticized for increasing the U.S. budget deficit, however.

Saxo Bank’s economist said the tax reforms had enabled U.S. companies to initiate share buyback programs, in which a company purchases its own stock from the marketplace, reducing the number of available shares and thus increasing its share price. Goldman Sachs said in August that U.S. companies are expected to buy back $1 trillion worth of shares in 2018.

Jakobsen said this scenario meant the U.S. market was diverging from the rest of the world, “going it alone.”

“I think they’re (the IMF) pointing to, especially in the Stability Report that just came out, the fact that the U.S. market is on its own, and the reasons it’s on its own is because the tax plan in the U.S. has meant a massive amount of repatriation into the U.S. economy,” Jakobsen said.

“The buyback program in the U.S. this year is $1 trillion and that is basically $1 trillion used to reduce the amount of floating stocks in the world. Why is that relevant? Because it makes the volatility artificially low in the U.S. stock market. It’s (the U.S. market) is almost going it alone,” he said, adding;
“So what the IMF is really doing is just pointing out that, if you exclude the U.S., the world is already moving to the brink. Whether we go beyond the brink I think is more an issue of how fast the Fed, and how insistent the Fed is, on having this projectory of higher rates,” he said.

He believed the Fed was ignoring the inflows as a result of tax reforms and could be hiking rates too quickly. “For my part, I think the Fed is doing a mistake by ignoring this massive inflow on the back of the tax plan in the U.S. and doing so, they do a policy mistake.”