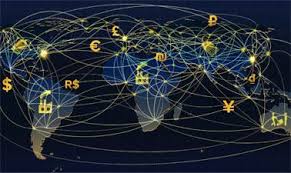 My Comments: Since this article first appeared several months ago, the current administration has doubled down on the idea of import tariffs. For some reason, it thinks that trade wars are what is needed to ‘Make America Great Again’.

A reverse analogy that comes to mind are the gas price conflicts that used to appear in town when some gas station owner decided to lower the price by a few cents, only to have the station across the street do the same thing. Before long, gas was being sold below cost.

As consumers we got to enjoy a price break, but the gas station owners got to lose a lot of money until someone said ‘enough’ and it was over. Tariffs wars between nations simply raises the price on what we buy and we as consumers ultimately lose. At what point do we declare ‘we’ve won’ and life goes back to normal?

So, I’ve been reading a lot of articles, such as the one by Noah Smith on Bloomberg titled: “What Trump’s Trade Guru Doesn’t Get About Economics.”

In this article, Smith, a really good blogger who tends to boil things down to simple stuff, goes on to explain to us in detail why trade wars are bad economics.

Of course, I fully agree with him on this. As someone who grew up in the 1970s and 80s—especially in an industrially insular India—I experienced firsthand the bad economic policy of protectionism.
I know, I know. Tariffs won’t meaningfully reduce the trade deficit. For that matter, I also know that, for a country with a low savings rate, eliminating or reducing the trade deficit may not be the best thing for near-term growth. Furthermore, one would have to sleep through an “econ 101” class to not see how tariffs could reduce productivity growth and act as an indirect tax. Also, it is quite obvious that other countries are likely to respond to Trump’s trade provocation, a scenario that of course will cause the steps laid out in this paragraph to happen all over again.

While I don’t know this for sure, I am quite certain that Peter Navarro, the loudest proponent of this protectionist policy, who I believe happens to be an economist by training, gets all of this, too. The point I’m trying to make is that this policy, in my view, has nothing to do with economics. Instead, it’s all about politics, which, as we all ought to know very well, happens to be messy.

Arguing on the economics of this topic as a market participant is a useless exercise because it does not bring us to any conclusion. Trump got elected on a protectionist agenda—and to placate his base he is moving forward on that agenda. And no amount of pleas by the commentariat on the economic principles is likely to help.

So, I have accepted the fact that while it may be bad economic policy, some form of tariffs on some imported goods are likely to be passed. But it’s not the end of the world or a risk to the outlook for the financial markets from my perspective.

To carry forward the political argument a bit, I believe it is also true that if the Trump Administration further intensifies the trade conflict, the real damage to the economy will be quite substantial. The same base that is cheering him on right now may not be so enthusiastic later—and no one understands that more than Trump, in my judgment.

Further, while limited tariff policies make us uncomfortable and create all sorts of bad outcomes and dislocations (remember the “voluntary” auto restraint agreement of 1981 and numerous other such initiatives?), the impact on the longer-term growth potential of the economy would be modest at best. Further, protectionist policies prove themselves over time to be bad and eventually get unwound. I suspect they will be no different this time.

They will certainly create near-term issues with the markets. However, given the momentum in the global economy and the deficit-financed “oomph” to the U.S. economy, my expectation would be that markets will stabilize and move forward after a short hiatus, at worst.

With that being said, the risks to the market cycle and the markets have increased. And that increase has nothing to do with the tariffs themselves. Instead, these increased risks are coming from the almost certain prospect of a weakening dollar. It is this potential weakening of the U.S. currency that has the potential to change things dramatically. If the dollar weakens a lot, thereby indicating that financing flows to the United States are slowing, inflationary pressures will rise and bring the current market cycle closer to an end. I hope somebody emphasizes that consequence to Trump rather than talking to him about the benefits of trade.

So, let us all stop talking about the economic logic of trade because it has no bearing on the debate. Instead, we can focus on the politics and hope that the dollar doesn’t weaken too much while we are waiting for this to pass.