My Comments: This doesn’t tell the whole story. But it helps. And, yes, this does have political implications.

Make America Great Again is a very complicated matter. What a surprise. And you thought it would be easy and would happen overnight after we drained the swamp. Well…

What I think is missed is the average income for those employed. We know there is an increasing disparity between those at the top and those at the bottom. We have to find a way to turn this around, or there will be more than just rioting in the streets. It’s in our best interest to do this, not just for those in the middle and the bottom, but also for those at the top. If no one can afford what those at the top are offering, no one will buy it. 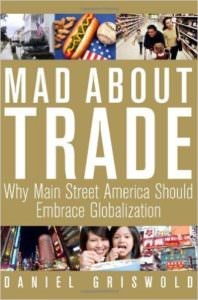 The following quote is from pages 30-31 of my Mercatus Center colleague Daniel Griswold’s excellent 2009 volume, Mad About Trade (footnotes excluded):

In the past four decades, during a time of expanding trade and globalization, the U.S. workforce and total employment have each roughly doubled…. Since 1970, the number of people employed in the U.S. economy has increased at an average annual rate of 2.22 percent, virtually the same as the 2.25 percent average annual growth in the labor force. Despite fears of lost jobs from trade, total employment in the U.S. economy during the recession year of 2008 was still 8.4 million workers higher than during the 2001 recession, 27.6 million more than during the 1991 recession, and 45.8 million more than the 1981-82 downturn.

After decades of demographic upheaval, technological transformations, rising levels of trade, and recessions and recoveries, the U.S. economy has continued to add jobs, and the unemployment rate shows no long-term trend upward. Obviously, an increasingly globalized U.S. economy is perfectly compatible with a growing number of jobs and full employment.