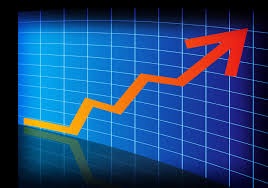 My Comments: My post on May 26th last about Demographics and Money suggested reasons why economic growth in long established nations will be nothing to brag about going forward. Despite the current Administration suggesting a return to not just 3% annual growth for the US economy, but wait for it, 4% annual growth, it’s just not going to happen.

The tax plan outlined by the White House the other day makes the basic assumption that with high growth, tax revenues will grow to pay for everything. What is not said is that without significant growth, the hole we are in now will simply get deeper.

Right now the Federal deficit is almost $20T. That’s a staggering amount. Pretty soon, the annual cost to service that debt will be $1T per year. That money has to come from tax revenues, which means you and I. Are you prepared to pay your share when the top 1% get more tax breaks?

I’m far from a pacifist, but do we really need to keep paying more annually for our military than the next seven nation’s combined spending? Yes, some of that spending filters back into the economy and functions as a stimulus, but the Administration wants to spend more than we do now.

Growth is dying as the silver bullet for success. Why this may be good thing

The idea that the economic “pie” can grow indefinitely is alluring. It means everybody can have a share without limiting anybody’s greed. Rampant inequality thus becomes socially acceptable because we hope the growth of the economy will eventually make everybody better off.

In my new book “Wellbeing Economy: Success in a World Without Growth” I point out that the “growth first” rule has dominated the world since the early 20th century. No other ideology has ever been so powerful: the obsession with growth even cut through both capitalist and socialist societies.

But what exactly is growth? Strangely enough, the notion has never been reasonably developed.

For common sense people, there is growth when – all things being equal – our overall wealth increases. Growth happens when we generate value that wasn’t there before: for instance, through the education of children, the improvement of our health or the preparation of food. A more educated, healthy and well-nourished person is certainly an example of growth.

If any of these activities generate some costs, either for us individually or for society, we should deduct them from the value we have created. In this logical approach, growth equals all gains minus all costs.

Paradoxically, our model of economic growth does exactly the opposite of what common sense suggests.

Here are some examples. If I sell my kidney for some cash, then the economy grows. But if I educate my kids, prepare and cook food for my community, improve the health conditions of my people, growth doesn’t happen.

If a country cuts and sells all its trees, it gets a boost in GDP. But nothing happens if it nurtures them.

If a country preserves open spaces like parks and nature reserves for the benefit of everybody, it does not see this increase in human and ecological wellbeing reflected in its economic performance. But if it privatises them, commercialising the resources therein and charging fees to users, then growth happens.

Preserving our infrastructure, making it durable, long-term and free adds nothing or only marginally to growth. Destroying it, rebuilding it and making people pay for using it gives the growth economy a bump forward.

Keeping people healthy has no value. Making them sick does. An effective and preventative public healthcare approach is suboptimal for growth: it’s better to have a highly unequal and dysfunctional system like in the US, which accounts for almost 20% of the country’s GDP.

Wars, conflicts, crime and corruption are friends of growth in so far as they force societies to build and buy weapons, to install security locks and to push up the prices of what government pays for tenders.

The earthquake in Fukushima like the Deep Water Horizon oil spill were manna for growth, as they required immense expenditure to clean up the mess and rebuild what was destroyed.

Against this pretty grim depiction, you may ask yourself: where is the good news? Well, the good news is that growth is disappearing, whether we like it or not. Economies are puffing along. Even China, the global locomotive, is running out of steam.

And consumption has reached limits in the so-called developed world, with fewer buyers for the commodities and goods exported by developing countries.
Energy is running out, particularly fossil fuels, and even if polluting energy sources were endless – as some supporters of shale gas, or fracking, suggest – global agreements to fight climate change require us to eliminate them soon.

As a consequence, mitigating climate change forces industrial production to contract, thus limiting growth even further. What this means is that, on the one hand, growth is disappearing due to the systemic contraction of the global economy. On the other, the future of the climate (and all of us on this planet) makes a return of growth, at least the conventional approach to industry-driven economic growth, politically and socially unacceptable.

Window of opportunity for change

Even the International Monetary Fund and mainstream neoliberal economists like Larry Summers agree that the global economy is entering a “secular stagnation”, which may very well be the dominant character of the 21st century.

This is a disastrous prospect for our economies, which have been designed to grow – or perish. But it is also a window of opportunity for change. With the disappearance of growth as the silver bullet to success, political leaders and their societies desperately need a new vision: a new narrative to engage with an uncertain future.

In my new book, I argue that as we begin to recognize the madness behind growth, we start exploring new paths. These include: forms of business that reconcile human needs with natural equilibria; production processes that emancipate people from the passive role of consumers; systems of social organisation at the local level that reconnect individuals with their communities and their ecosystems, while allowing them participate in a global network of active change makers.

This is what I call the “wellbeing economy”. In the wellbeing economy, development lies not in the exploitation of natural and human resources but in improving the quality and effectiveness of human-to-human and human-to-ecosystem interactions, supported by appropriate enabling technologies.

Decades of research based on personal life evaluations, psychological dynamics, medical records and biological systems have produced a considerable amount of knowledge about what contributes to long and fulfilling lives.

The conclusion is: a healthy social and natural environment. As social animals, we thrive thanks to the quality and depth of our interconnectedness with friends and family as well as with our ecosystems. But of course, the quest for wellbeing is ultimately a personal one.

Only you can decide what it is. This is precisely why I believe that an economic system should empower people to choose for themselves. Contrary to the growth mantra, which has standardised development across the world, I believe an economy that aspires to achieve wellbeing should be designed but those who live it, in accordance with their values and motives.