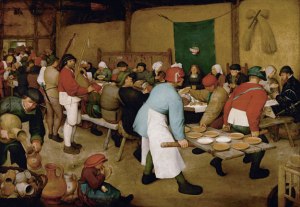 My Comments: As we come to terms, from either perspective, with the idea of Donald Trump for the next four years, it helps to better understand how he won the election, if not the popular vote. This understanding is critical for those of us who are by nature more liberal than those who will be in charge going forward.

I come from rural Texas. I am one of the handful of people here who votes blue – and I put up with all kinds of ridicule and rejection because of that. Many of the people who voted for Trump are my friends and family. Yes, some of them are racist but not all of them are. The reason they support Trump is simple: their needs have been thrown aside for years.

Donald Trump is a horrible person. I am glad people are protesting him. But many people here do not see an alternative. The Democratic party does not care about our issues, our culture or our people. There are hundreds of towns in this country just like ours. Well, Donald Trump came and said he cared. That’s why he won: it is not rocket science. We need to look at the truth so we can bring about change.

People here are losing everything that generations of families have worked to build. They depend on their churches for help. They believe people should work hard. Most of us work six to seven days a week, every week. It is no good to judge us instead of understanding us.

We have two private prisons in this town that sustain us in this crunch. Do I agree with private prisons? No. At the same time, if our prisons close it will wipe us out. Not one blue politician has offered a plan to deal with what happens to us then.

It’s the same with climate change. My hometown flourished for years because of oil. Now that the price of oil is down, this town lives on one-third of the budget they had. Nobody in Washington DC cares about that either. No wonder so many people in coal country voted for Trump: they were worried about their jobs and income, and they felt that he was the only one listening.

The people who are writing us all off as racists and deplorables have not seen the community and kindness that exists here. When our elementary school burned down the year before last the whole community everyone dug deep to find the money to buy and build a new school.

In my community, I see a mother whose kid has been in the hospital for a month come home and start her coat drive the next day. I see another mother who spends the month of October collecting junk and selling it for money to send care packages to the military overseas.

I see another woman build one of the state’s best animal rescue centers. She makes sure that everyone can afford to get their pet neutered. I see her spend every Saturday driving 40 miles for dogs to find a home. I see the local community board provide me with space to make a community garden that is free so everyone in town will have access to organic food.

Rural culture is as important as any other culture and is often thought of as backwards, dumb and redneck. At university, people assumed I was stupid because of my accent. A colleague said right in front of me that my southern accent and enthusiasm should be overlooked because, actually, I was smart. Now that Trump has won, I see countless people say that my community – and communities like mine – voted him because we are ignorant and bad-hearted. How is that going to help things?

I completely understand why people voted for Trump. I do not agree with it but I understand it. If people want things to change they need to understand us too: we are hurting. We need help to turn our communities around – otherwise, people like Trump will continue to get votes here.