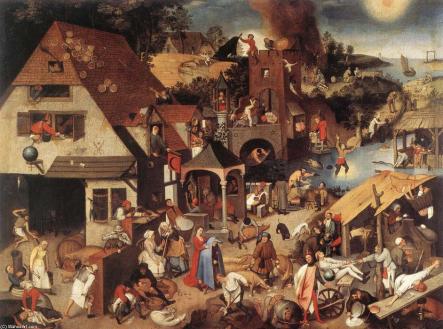 My Comments: The actual title that caused me to read this article follows my comments. Since man began gathering in tribes, society was to some extent defined by the jobs it’s members performed and how that justified their existence in their tribe. It’s just a lot more sophisticated these days.

Jobs change over time; no one graduates from high school today expecting to find work as a haberdasher or a milkman. Factory jobs have disappeared since we don’t have factories like we used to. So how do new jobs get created in modern society? Henry Blodget has some good thoughts about this.

Sorry, Donald, rich people like you and me actually don’t create the jobs

One of the seemingly less-controversial things that Republican presidential nominee Donald Trump says on the campaign trail is that, as a successful businessman, he has “created thousands of jobs.”

That is a common refrain among entrepreneurs, investors, and executives like Trump: “Rich people create the jobs.”

It sounds persuasive. It just doesn’t happen to be true.

The story that “rich people create the jobs” goes like this: By starting and directing America’s growth companies — and hiring the people who staff them — entrepreneurs and investors create the jobs that sustain everyone else.

But entrepreneurs and investors like Trump and me actually don’t create these jobs — not sustainably, anyway.

Yes, we can create jobs temporarily, by starting companies and funding losses for a while. And, yes, we are a necessary part of the economy’s job-creation engine. But to suggest that we alone are responsible for “creating” the jobs that sustain ~150 million working Americans is the height of self-importance and delusion.

So, if rich entrepreneurs and investors like Trump and me don’t create the jobs in our economy, what does?

A healthy economic ecosystem — one in which most participants (especially the middle class) have plenty of money to spend. This ecosystem starts with a company’s customers.

Yes, entrepreneurs are an important part of the company-creation process. And, yes, so are investors, who risk capital in the hope of earning returns. But, ultimately, whether a company continues growing and creates self-sustaining jobs is a function of people’s desire and ability to pay for the company’s products, not the entrepreneur’s vision or risk-tolerance or the investor’s capital.

At Business Insider, for example, the money to pay the paychecks of the 400 of us who work here (including me) does not come from me. It also does not come from our owners. It comes from our readers, who buy our subscriptions, event tickets, and other products, and from our clients, who buy advertising.

Yes, to maintain our jobs (and help create new ones), my colleagues and I have to continue to create and distribute a service compelling enough that people want to use it.

But we can’t do it alone.

Saying “rich people create the jobs,” in other words, is like saying that “seeds create trees.” Seeds do not create trees. Seeds start trees and direct their growth. But what actually grows and sustains trees is the combination of the DNA in the seed with the soil, sunshine, water, atmosphere, nutrients, and other factors in the environment that nurture life.

If you think seeds create trees, try planting them in an inhospitable environment. Plant a seed in a desert or on Mars, and the seed won’t create anything. It will die.

So, next time you hear Mr. Trump say he has “created thousands of jobs,” wag your finger at him. Say: “Now, Donald, that’s not really true. You helped create thousands of jobs. But your investors, employees, and customers and America’s robust economy, infrastructure, and legal system played a far bigger role.”

We’re all in this together.