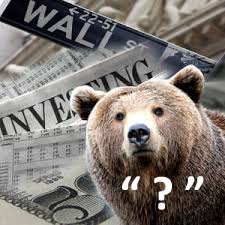 My Comments: I wish someone would tell me what the hell is going on! One day I’m told the market is healthy and we should expect the DOW to increase dramatically. The next day there is an equally credible message that the market is way overpriced and to expect a crash. Then today, though written a week ago, is an article from a highly respected professional saying we might see a 15% jump before the end of the year. Makes you want to go on vacation and stick your head in a bucket of cold water.

Wharton finance professor Jeremy Siegel says corporate earnings could jump at least 10%, and that could push up stocks by 10% to 15% in the last two quarters of 2106.

“If we get a good second half of the year earnings-wise, then I think the market could be up 10% to 15%, ” Siegel said Friday on CNBC.

On Monday, he discussed why he is bullish on earnings in an interview with Bloomberg TV, noting that he sees the chance of a recession in the U.S. as highly unlikely.

“The … 2015 earnings were crushed as a result of what happened by the energy sector,” explained Siegel, “and we’ve had a recovery… It’s very rare for [a whole] sector to be negative, and it is supposed to flip back to positive, though not very robust.”

“We are expected to see a 10% to 15% increase in S&P operating earnings” later this year, he said.

As for the current ratio of equity prices to earnings, “We are really seeing, I would say, more like 17-18 times this year’s earnings,” Siegel explained. (Observers who say the P/E ratio is at 20 are using 2015 earnings figures, according to the finance professor.)

“In a low-yield environment, when the dividend yield of the S&P is north of 2% and in Europe is 3% to 4%, and even emerging markets have a good dividend yield, my thesis is that people will be moving into stocks for income,” since the bond market may not provide sufficient income for portfolios over the next decade, Siegel said.

Investors, he adds, are looking long term at high-quality, dividend-paying stocks as “the place to go.”

With the 10-year Treasury yield at historic lows, there’s “really no hope for yield in the fixed income market,” according to Siegel. But equities “need an earnings rebound to really get … going.”

In an interview last week with Knowlege@Wharton, the school’s online business analysis journal, Siegel shared his views on Brexit and what investors should do in response.

Despite the rumors, no other major country will leave the European Union, according to Siegel, “and absolutely there will be no country in the eurozone that will leave.” (The eurozone has 19 of the 28 European Union member countries.)

Still, he adds, the situation in Scotland is “interesting.”

As for the possibility of a recession in the EU, he does not think it is likely.

However, there’s talk that “the probabilities are certainly higher” for the U.K., according to Siegel. “The question is: will a lot of people put off investment as a result? You don’t want to invest in the future, when the future is uncertain.”

Furthermore, the “big uncertainty” as he sees it is how much investment decreases. “[This is about] people putting off decisions to put real capital expenditures into the U.K. until the situation gets clarified very much. Believe it or not, I think they will avoid a recession. But certainly they’re going to take a growth hit as a result,” Siegel explained.

When it comes to investing, he sees opportunities at hand.

“Honestly, if you were a longer-term investor, you are able to get European stocks now selling at around 12 [times] price-earnings ratio, which is an extremely good valuation in low-interest-rate environments. Obviously, you’re going to be taking on some risk. But we all know through history it is when the risk is the highest that the rewards have been the greatest,” Siegel said.

“If you have some room in your portfolio and you’re thinking of it, European stocks have been beaten down a lot,” he said. “They will be rewarding in the three-to-five-year-hence portfolio.”