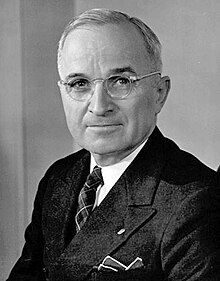 For much of my adult life I’ve thought of myself as a rightward leaning Democrat, but as the country has drifted, I’ve found myself shifting more and more to the left. Or have I stayed still and world around me shifted? I used to think Barry Goldwater was a radical conservative.

These comments by Robert Kuttner add a new perspective to how I should view the political landscape. I’ve very mixed feeling about Hillary, abject revulsion for Huckabee, Trump, et al and question whether Sanders could actually be elected by a majority of voting citizens.

The mainstream media continues to be shocked that Bernie Sanders keeps gaining traction against frontrunner Hillary Clinton. However, if you look at what Sanders actually stands for, it is well within the mainstream of what used to be the Democratic Party.

Ever since Jimmy Carter, it has been evident that much of the Democratic electorate, and for that matter much of the country, is more progressive in its core values than what Democratic presidents have been offering. As big money has crowded out grass-roots democracy, the policies that people crave are simply not on offer.

There is also the historical accident of which leaders arise at what moments. We have not had a large number of plausible progressives with national appeal.

Paul Wellstone? Died in a plane crash. Bobby Kennedy? Assassinated. Fred Harris and Mo Udall, both progressives who ran in 1976, crowded each other out. As politics has been captured by elites, we have not had a rendezvous of the right leader with the right moment.

Meanwhile, the American economy has turned viciously against ordinary people. Banks, corporations, and the one percent have more power than ever, political as well as economic.

So there is a pent-up demand for a candidate who can articulate popular frustrations. The fact that a 74-year-old, self-described socialist transplant from Brooklyn to Burlington, Jewish no less, is the surging vessel of these demands only tells you how deeply felt they must be.

But Bernie is no more radical than, say, Harry Truman, FDR or LBJ (when he was thinking about domestic policies). My friend Peter Dreier, a few months ago, performed a real service when he compared key Sanders positions with public opinion generally.

As Dreier reported, overwhelming majorities of Americans support a higher minimum wage: 74 percent think corporations have too much influence; 73 percent favor tougher regulation of Wall Street; 58 percent support breaking up big banks; 79 percent think the wealthy don’t pay their fair share of taxes; 85 percent favor paid family leave; 80 percent of Democrats and half the public generally support single-payer Medicare for all; well over 70 percent of Americans support workers’ right to unionize; and on and on.

No wonder Sanders is gaining ground.

Republicans have been disparaging Democrats as socialists — even centrist ones like Barack Obama — ever since FDR. So if this be socialism, let’s make the most of it.

Sanders and Clinton are both rock solid on civil rights and on LBGT rights. But it’s on the pocketbook issues that Bernie out-flanks Hillary. The fact that he raises his money mainly from small donors while she gets it from the usual suspects underscores the difference.

The press also likes to compare Bernie Sanders with Donald Trump. Superficially, both reflect mass frustrations with economic unease and political blockage. But Trump represents know-nothing celebrity politics, while Sanders is actually serious about ideas and policies. What they have in common is the threat that they pose to politics as usual and to the bipartisan elites.

It’s not at all clear that Sanders can be nominated, much less elected. But he does create major problems for Hillary Clinton. The idea that Joe Biden could get into the race and save the day for what passes for the Democratic center is preposterous. Biden would dilute the Clinton vote, not the Sanders vote.

Some of us have argued that Elizabeth Warren could be a more electable version of Bernie Sanders, but it’s hard to imagine a scenario that gets her into the race.

And the more Sanders keeps gaining appeal, the less likely it is that he would get out of the way for Warren.

Leaving aside the horse-race aspects, which are hard to resist, here’s the point: Sanders represents the pent-up demand of rank and file Democrats to get their party back.

Robert Kuttner is co-editor of The American Prospect and professor at Brandeis University’s Heller School. His latest book is Debtors’ Prison: The Politics of Austerity Versus Possibility.