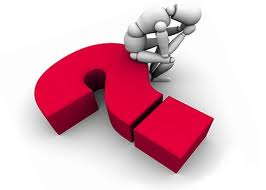 My Comments: At the national level, if we want more money to spend, both on ourselves as citizens and at the Federal level on things that require money to finance, please tell me why this administration insists on doing things that will result in less money.

Yes, I know, the old and wealthy white cadre somehow feel threatened by those with brown and black skin, but come on!

We’ve pulled out of the Trans Pacific Partnership, effectively ceding global economic supremacy to China, we’ve enacted tax rules that will effectively bankrupt the middle class, what’s left of it, over the next two decades and beyond, and as these comments about tariffs show, will result in slower economic growth in this country.

How does any of this Make America Great Again ?????

Smoot-Hawley is a dirty word in economics. That law, named for its congressional sponsors, raised tariff rates significantly as the global economy was weakening. It was passed in January 1930, just weeks after the stock market crashed on Oct. 24, 1929—Black Thursday. That’s the ultimate in pro-cyclical policy making—kicking the economy when it’s down. We still are taught about the Great Depression in American schools, but the impact of the Smoot-Hawley tariffs may be forgotten by the general public.

After all, the current generation of investors only knows a world with declining trade barriers. The General Agreement on Trade and Tariffs (GATT) was signed after World War II in 1948. That was the precursor to the World Trade Organization (WTO), which was formed in 1995. China joined the WTO in 2001 which helped usher in the boom in fixed-asset investment witnessed there in the early 2000s.

Don’t forget the European Union was also formed in 1993. That improved personal mobility on the continent and then the euro was adopted in 1999. Closer to home, the North American Free Trade Agreement (Nafta) was finalized in 1992.

The story of trade liberalization over the last 130 years can be seen by looking at U.S. customs receipts versus the size of the American economy. This is a proxy on tariff rates and, importantly, it pre-dates the global institutions that most of us have grown up with.

Tariffs were higher in the past, but don’t forget the federal government used to fund itself with customs duties. The U.S. didn’t have federal income tax until 1913. The first tax bracket was a levy of 1%. Talk about a different era.

That chart also shows that tariff rates were persistently high in the 1930s. The U.S. government was, apparently, slow to change its thinking on trade. The Barron’s forecast, shown with the blue bars, tries to imagine a worst-case scenario where all Chinese product imported to America is taxed at 25%. The level of trade-taxation looks significant, but predicting how long this era of trade readjustment will last is more important for understanding the long-term impacts.

Barron’s spoke with Gian Maria Milesi-Ferretti, deputy director of the research department at the International Monetary Fund, to talk about tariff distortions. The IMF is still using its influence to promote open markets – “no (trade) agreement is perfect, things can be tweaked, but we believe strongly in multilateral cooperation.”

Milesi-Ferretti talked in detail about the impacts of tariffs, some of which are harder to characterize than others, and added “global supply chains are highly integrated,” a fact that is different today versus other prior eras.

Clearly, the world is worried about trade tensions. The doctrine of trade liberalization appears to be under siege and companies are talking about higher procurement costs impacting 2019 profits. Presently, the short-term impact of higher costs may be well understood, but the bigger question remains. What impact will trade conflict have in 2020 and beyond?