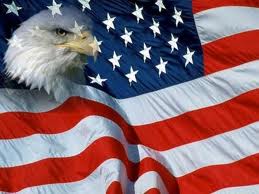 My Comments: No words from me are required or necessary. Just remember this was in 2007, with George Bush in the White House, and a presidential election on the horizon.

Here’s what Wolf Blitzer (CNN) played, taken from the transcript:

BLITZER: The war is hovering over politics right now, as it should — this is the dominant issue, at least right now, of our time. Give us your assessment. Is there a way out?

TRUMP: The war is a total disaster. It’s a catastrophe, nothing less. It is such a shame that this took place. In fact, I gained a lot of respect for our current president’s father by the fact that he had the sense not to go into Iraq. He won the war and then said, Let’s not go the rest of the way. And he turned out to be right. And Saddam Hussein, whether they liked him or didn’t like him, he hated terrorists. He’d shoot and kill terrorists. When terrorists came into his country, which he did control and he did dominate, he would kill terrorists. Now it’s a breeding ground for terrorists. So, look, the war is a total catastrophe.

BLITZER: Who do you blame?

TRUMP: And they have a civil war going over there.

BLITZER: Who do you blame?

TRUMP: Well, there’s only one person you can blame, and that’s our current president. I mean, obviously Rumsfeld was a disaster, and other people that are giving him advice have been a disaster. And Condoleezza Rice, who’s a lovely woman but she never makes a deal — she doesn’t make deals, she waves. She gets off the plane, she waves, she sits down with some dictator — 45 degree angle, they do the camera shot. She waves again, she gets back on the plane, she waves — no deal ever happens. So, I mean —

BLITZER: How does the United States get out of this situation? Is there a way out?

TRUMP: You know how they get out? They get out. That’s how they get out. Declare victory and leave. Because I’ll tell you, this country is just going to get further bogged down. They’re in a civil war over there, Wolf. There’s nothing that we’re going to be able to do with a civil war. They are in a major civil war, and it’s going to go to Iran, and it’s going to go to other countries. They are in the midst of a major civil war, and there’s nothing — and by the way, we’re keeping the lid on, a little bit. But the day we leave anyway, it’s all going to blow up.

BLITZER: Thank you very much. Let’s talk politics. All right? A lot of people thinking about politics right now. I’m going to mention some names: give me your thoughts right away. Hillary Clinton.

BLITZER: Is she ready to be commander-in-chief?

TRUMP: I think she is. I think she’s a very, very brilliant person, and as a senator in New York, she has done a great job. Everybody loves her. She just won an election with a tremendous majority and she really — she’s become very, very popular in New York. And it wasn’t easy.