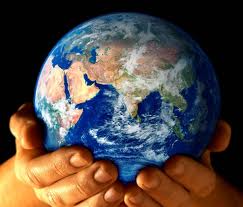 My Comments: The world is ‘a changin’. This was written just a little over two weeks ago. And now we hear Russia has sent cruise missiles from its’ navy ships into Syria. NATO is paying very close attention, given that Turkey is a member nation; this could get really ugly before its over.

The presence of Russian troops, tanks, and planes in Syria isn’t something to shrug off, but it’s not worth a lot of worry, either—or, to the extent it might be, it’s not for the reasons that the neo-Cold Warriors find so alarming.

It’s true that, much as Russian officials claim they merely want to help the world fight ISIS, their main motive is to shore up the regime of their ally, Syrian President Bashar al-Assad. However, those two goals are not mutually exclusive: Moscow does have an interest in crushing radical Islamist groups that might spread to the heavily Muslim regions of southern Russia. Either way, the uptick in military supplies to Syria (on top of the billions of dollars in arms sales and aid over many years) marks not an expansion of Russia’s influence in the Middle East but rather a last-ditch effort to preserve its one last bastion—an extremely shaky bastion, at that.

In the past decade, Russia has lost erstwhile footholds in Libya and Iraq, failed in its attempt to regain Egypt as an ally after the fall of Hosni Mubarak, and would have lost Syria as well except for its supply of arms and advisers to Assad—whom it still may lose, despite its desperate measures.

The portrayal of Vladimir Putin as a grand chess master, shrewdly rebuilding the Russian empire through strength and wiles, is laughable. Syria is just one of two countries outside the former Soviet Union where Russia has a military base (the other being Vietnam, and its naval facility there, at Cam Ranh Bay, has shrunk considerably). His annexation of Crimea has proved a financial drain. His incursion into eastern Ukraine (where many ethnic Russians would welcome re-absorption into the Motherland) has stalled after a thin slice was taken at the cost of 3,000 soldiers. His plan for a Eurasian Economic Union, to counter the influence of the west’s European Union, has failed to materialize. His energy deal with China, designed to counter the west’s sanctions against Russian companies, has c One school of thought contends that Putin is seeking a way back in to the international community—the sanctions seem to be hurting his cronies, as well as certain sectors of the Russian economy—and that his moves in Syria, along with rumors of a conciliatory speech at the upcoming session of the U.N. General Assembly, are meant to be part of this campaign. At best, though, this is only part of the story: Even if Putin joins the fight against ISIS (which is in his interest to do), and even if he’s willing to let Assad go, he will want a say in choosing a successor—another reason for putting more boots, treads, and wheels on the ground.

Or maybe his motives are entirely cynical. One way to find out is to talk with him—to scope out the possibilities of cooperation (or at least of exploiting our converging interests) and to spell out the consequences if his actions turn hostile. This is clearly what Israeli Prime Minister Benjamin Netanyahudid when he spoke with Putin on Monday, arriving in Moscow with his top general and intelligence chief in tow. (The general and his Russian counterpart set up a coordination group to prevent unintended confrontations between the two countries during military actions over Syria.)

It’s what Secretary of State John Kerry did when he talked with his counterpart, Sergei Lavrov, over the weekend. It’s what President Obama may do if and when he talks with Putin at the U.N. next week. Max Boot laments all this as “genuflecting”; a better description would be “cautious engagement,” and there’s nothing wrong with that, especially since it’s Putin who’s holding the weak hand here.

The notion, expressed by some of the candidates at the last Republican presidential debate, that Putin might use his strengthened position in Syria as leverage to pry the Saudis, Jordanians, and Egyptians into his fold—how to begin toting the absurdities? His position in Syria is hardly strong; if these Sunni Arab leaders were remotely inclined to go in with Moscow (which they aren’t), they would hardly find Putin’s ramped-up alliance with Assad as cause to reconsider.

There are, however, three genuinely worrisome things about Putin’s latest move, even assuming less-than-hostile intentions. First, after the first reports last week of Russian troops and weapons moving into Syria, a senior administration official told me that he would be concerned if those weapons included anti-aircraft missiles, since neither ISIS nor the other rebel groups have airplanes. Two days later, it turned out that the weapons did include such weapons. So who are the Russians’ intended targets? If they mean to assure Assad that they will shoot down American, Turkish, Israeli, or Gulf State airplanes that try to bomb the Syrian government’s assets (or Hezbollah targets), it’s worthwhile to spell out, to Putin or his generals, the consequences.

Second, if the Russians do join the fight against ISIS, they are likely to fight against other anti-Assad rebels too—including rebels (among them Syrian Kurds) that the United States is supporting. If Russia really does want some form of partnership in this, it must agree not to cross certain lines in the sand; even if Putin really doesn’t want to be partners, it’s worth letting him know what lines not to cross, if he doesn’t want to provoke a larger conflict, with us or other countries.

Third, it’s possible that Russia’s entry could set back the war on ISIS by galvanizing new waves of jihadists—especially from the area around Chechnya and the heavily Muslim states on Russia’s southern border whose hatred of Moscow dates back to their decades of subjugation under the Soviet Union. In other words, under the best possible scenario, Putin’s urge to help could, on balance, hurt. Aimen Dean, a Saudi-born security analyst with deep background in the region’s conflicts, goes so far as to predict that, for these reasons, “Russia’s mission creep in Syria will only produce catastrophic results across the region and beyond.”