My Comments: Buying gas for your car at the pump is now an adventure fraught with uncertainty. Is the price going up or is it going down? What can I expect the next time I need to fill the tank? Is there a station on the other side of town willing to lower their price to get more customers? Does it make sense to drive all the way over there to save 3 cents on every gallon?

Some people simply don’t give a damn, or have enough money that the question is irrelevant. But for many, it’s a weekly quiz that surfaces every time the needle on the gauge moves toward the empty side.

So as someone who understands the dynamics of supply and demand, the two primary drivers of price, this lengthy explanation helped me better understand what is going on as I stand with hose in hand, watching the dollars add up.

There is no simple explanation. The article presented has lots of charts and lots more text to wade through. So if this is your cup of tea, you can get to the source and finish it there.

Summary
• The cost of oil production represents a lower limit on prices for the long term.
• Many major oil producing countries need higher oil to balance their budgets.
• Lower oil prices will lead to faster-than-anticipated growth in demand, leading to a quicker recovery.

Introduction
While many of my articles talk about individual oil companies, lately, I have been writing more about oil markets as a whole. After my article about the potential effects of the release of Iranian oil, the goal of this article is to try and provide a bottom limit for long-term oil prices.

To those wondering what to do with this information, it simply means if oil goes below this bottom limit, buy it.

As many of you know, the last year has not been kind to oil prices or commodities in general. After hitting highs of near $110 a barrel for Brent a year ago, prices fell by over 50% to lows near $50 in January. Prices then bounced back before bouncing down again in mid-March to ~$55 a barrel. Since then, prices have shown a nice recovery towards $65 per barrel.

Simply put – part of the world’s oil supply was not profitable at $50 a barrel. However, now that prices have recovered, the goal of this article is to determine what is a lower-end cut-off for oil prices – what is the lowest point at which the world’s oil production is profitable.

Unlike the United States, most other countries in the world are not trillions in debt. This is especially true for oil countries. Thinking of countries like Saudi Arabia and the United Arab Emirates, one thinks of the enormous wealth generated by oil production.

What does this mean? Traditionally, Saudi Arabia along with OPEC as a whole was seen as an oil price controller. When prices went down, OPEC would step in through cutting production in order to help keep prices higher. This is part of the reason why oil prices recovered so quickly in 2008.

However, this time is different. This time, Saudi Arabia does not want OPEC to cut production, they want prices to remain low. Saudi Arabia is hoping to use its significant financial assets to drive on competing U.S. producers while keeping oil prices low.

Drawing a conclusion from the data, we see that in the long term, the need of OPEC to balance its budgets mean that oil prices of roughly $100 are necessary, with $80-$90 representing an overall lower bound. 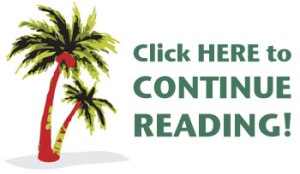