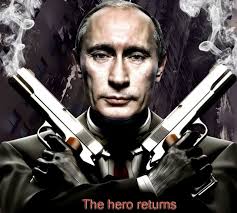 My Comments: I made a reference last week to the effect that what happened when the Russians took over part of the Ukraine had only a temporary effect on the markets.

Today’s comments are directed toward those who hate Obama and everything he stands for. The gist of those who daily and routinely criticize our president is that he is “weak” and “indecisive.” In other words, Putin would not have dared take over Crimea if the Republicans were in the White House. I have no earthly idea where that notion comes from except from a fellow 3rd grader.

Cosistent with their interpretion of global affairs is a report from the L A Times that 1 in 9 Americans – 11% – believe HTML is a sexually transmitted disease. I wonder how many of those folks also voted for Ted Cruz.

Europe’s corridors of power are echoing to the cries of agitated equivocation. Yes, Vladimir Putin has violated sacred international norms and put at risk the security of the European continent. Yes, European leaders must roundly condemn the Russian president for his seizure of Ukrainian territory. And yes, those who believe in international law should do something more than wag a finger. All this is well understood. We must not, however, get carried away.

In Britain, ministers fret that economic retaliation would jeopardise the City of London’s money laundering operations. Russia, with its reliable multi-billion-dollar supply of dirty money, is a much cherished customer in the capital’s booming property market. In Germany, business leaders implore Angela Merkel, the chancellor, not to threaten lucrative exports or invite interruption of Russian gas supplies. In Rome Matteo Renzi, the new prime minister, is told he must not upset Italy’s powerful energy bosses.

It would be nice to imagine that EU leaders had framed a carefully calibrated response to Mr Putin’s aggression. Blending prudence with toughness, Europe is eschewing draconian sanctions now in order to de-escalate the conflict, but will step up the pressure decisively if Mr Putin refuses to admit Ukrainian sovereignty in Crimea. This indeed was the EU summit’s official message. Sad to say, Europe’s caution has been the handmaiden of pusillanimity rather than of diplomatic calculation; and without evidence of serious resolve Mr Putin has no reason to step back.

The EU would have gained a shred of credibility had it followed President Barack Obama’s lead. Visa restrictions and the like have some force when, as is the case with Russia, members of the elite like to travel widely in the course of stashing and spending their billions. At the other end of the spectrum should lie a threat of broad financial sanctions against Russia akin to those applied to Iran.

Yet, even if Europeans were to agree eventually to travel some distance along the sanctions road, piecemeal retaliation is only part of the necessary response to Russia’s territorial grab. The seizure of Crimea – and Mr Putin’s threat of a march into eastern Ukraine – requires a fundamental change in mindset. The so-called reset in western ties with Russia needs to be reset, and the boundaries of engagement redrawn.

The albeit rather threadbare premise behind the west’s approach has hitherto been that Moscow wants to be included, if with some exceptions, in a rules-based order. That, however much he rails against cruel history, Mr Putin wants to remain a member of the club. Hence Russia’s participation in the G8, its “strategic partnership” with the EU, the Nato-Russia Council in Brussels, membership of the World Trade Organisation and so on.

We know now that this is a charade. The march into Ukraine confirmed what should have been recognised some time ago: that Mr Putin’s regime has no respect for international rules and norms. When the game is going against it, its answer is to put tanks on to the chessboard. Rules are for weak westerners, not for resurgent Russia.

This is a strategy of a regime that has removed itself from the international system. Mr Putin’s performance since the weekend – one perfectly mimed by Sergei Lavrov, the weather-beaten cold warrior in charge of the foreign ministry – has been almost as illuminating as the invasion itself. There are no Russian troops in Crimea, Moscow insists, even as its forces (albeit without insignia) appear on our television screens seizing Ukrainian military bases. “We have no control over them”, Mr Lavrov declares, without so much as a blink of the columns of heavily armed soldiers. The idea is cynically simple: night can become day and white become black if only you say so often enough.

This is the strategy of a regime that has taken itself out of the international system. In its own mind Moscow can break any rule it likes and then deny the fact of the transgression. If Mr Putin can be so dismissive of law and treaties in matters of war and peace, why should he respect any of the other rules of the game?

Some wonder whether western governments should boycott the next meeting of the G8 in Sochi. The more apposite question is why on earth they should continue with the pretext that Russia is part of the club. The same can be said of other agreements – on trade, investment and energy – under discussion with Moscow. Why sign accords that one side feels no obligation to respect?

Of course, there will always be business to be done with Mr Putin. Russia is an important power. But the west should shed its illusions in favour of a transactional approach. Interests will sometimes coincide and sometimes collide. There may be bargains to be struck and trade-offs to be made when it suits both sides. But Europe should not imagine the Kremlin leadership is playing on the same board. Oddly enough, hard-nosed realpolitik could over time promote a better relationship.

As for Ukraine, the west’s goal should never be to wrench it out of the arms of Moscow. Russia has deep interests, rooted in history, culture and security, in the future of its neighbour. Europe’s objective should be the restoration of Ukraine’s territorial integrity, and a constitution and a government that properly represents all sections of the population. Economic ties with the west should not exclude a strong partnership with Russia.

Mr Putin says he shares this ambition. The problem is that the Russian president also insists that none of his troops is in Crimea.