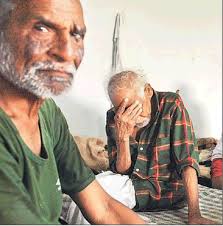 My Comments: I’ve been a licensed insurance agent since sometime in 1976, or was it 1975? I have helped place hundreds, if not thousands, of insurance contracts over these many years, some of which I know are still in force.

This article is directed toward those who are dealing with elderly parents, some of whom are not as mentally alert or as strong as they once were. Time has a way of getting away from us and for those of you in middle age, this part of your future has a lot of challenges.

So I encourage you to approach your time with your parents, aunts and uncles, with the following circumstances in mind. You’ll be doing yourself a favor, not to mention minimizing stress for those afflicted.

When we hear something once, we might pay attention but when we hear the same thing from totally unrelated people, we begin to suspect there is a trend.

Some of the most enlightening and interesting professional conversations I’ve had recently have been with long-term care (LTC) claim departments. Okay, perhaps I should get out more!

Two different claim departments from two different leading LTC carriers tell me that they regularly get LTC claims submitted 12 or even 24 months after the claim event.

Why on earth would someone wait that long to receive the money for which they are entitled? Because the family just found the LTC policy!

The insured was ADL dependent but not communicative, and the family just “happened” to find the policy in a shoebox or file cabinet in the basement.

Have you ever been into the basement of the house that someone has lived in for 30 years and tried to find a specific file? It is wonderful that this policy got found and even more wonderful that the carriers are paying “late” claims, some of which they are no longer contractually obligated to pay.

What about the other LTC policies on other insureds that never get found?

If some get found, others surely do not get found!

We’ve had employees in our caregiving education and LTC sessions tell us about finding policies and others tell us about “knowing” mom bought one, but they never could find it once mom needed it.

We were hoping these were somewhat isolated incidences; however, after talking with leading LTC carriers, we know these are not isolated. If someone lapses their policy and takes the carrier “off the hook,” I’m okay with that.

That is their decision and certainly the carriers don’t mind. But knowing that families are paying premiums for the duration and the carrier gets a bye on the payment…That just stinks!

You as an insurance professional did your job selling the policy. The claimant did a smart thing buying the policy, but in the end the family loses a lifetime of assets and now the family home has a lien and the insured is on Medicaid in a Medicaid facility.

That is just not right! Sure, the policies that get found eventually get paid, but by then the assets might be gone, mom is in a Medicaid facility, and now the family gets the $200,000 check.

Better than nothing, but not for Mom.

I can hear the family discussion now. “I sure wish Mom had bought long-term care insurance because she really wants to remain at home in her house of 30 years.” She did buy the policy but just never told anyone, which is exactly like not buying a policy… just more expensive.

The carriers and regulators require we designate a third-party in case we don’t pay our premium. What about a third party to make sure we file our claim?

I think we have an obligation to communicate this story to each and every person we help with LTC insurance.

Perhaps we create our own third party notification memo that at the time of purchase the new policyholder is able to designate several people who get notified about the policy purchase.
Sure, those people may or may not be around 25 years later at claim time, but I certainly like the odds of that effort versus the strategy of hope.