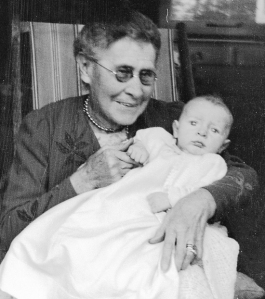 Being alive virtually anywhere on the planet in the 21st century carries with it certain risks. How you deal with those risks largely determines your sense of well being as you navigate the ups and downs of everyday life.

Risks are all around us. Some are inconsequential and others mean a very bad day for someone. Some of them are easy to identify and so we buy insurance; for our cars, our house, our health, and our lives. Sometimes we decide the threat level doesn’t warrant a response. Sometimes we decide the cost of insurance is more than the threat level warrants.

Others risks are more subtle, like the risk we take when we marry someone. It might turn sour and a divorce happens. The car you buy turns out to be a lemon. The food you eat might result in diabetes. In every case, the toll can be both emotional and financial, and range from irrelevant to life changing.

But none of us can live every day worrying about what might turn out badly. Everybody would go nuts. But there are risks that have the potential to turn your life upside down if they appear. Like getting deathly ill, or texting someone when driving through downtown Atlanta at 75 miles per hour, or playing golf in a thunderstorm holding a metal club in your hands.

We’ve been taught since childhood not to play in traffic, to look left and right when crossing the street, or not to stand too close to the TV. As we get older, the shape of the risks we face change and because we are presumably adults by now, we have to evaluate what could go wrong, and depending on how we made that evaluation and the conclusion we reach, either do something else, ignore it, or take steps to limit the potential damage.

For the past 43 years, I’ve earned my living helping people deal with certain financial risks. If I did it correctly, the idea was to anticipate how the future might play out, and effectively transfer financial risk to a third party if and when something bad happened. It’s called insurance.

As a financial planner, I describe many of these risks as “existential risks.” To me these are risks that exist simply because we are alive and something bad may or may not happen. There might simply be an event and you found you drew the short straw. If you join the armed services, there is an extra existential risk associated with your being in a war zone. There’s a reason they call it ‘combat pay”.

About three years ago, I identified a new existential risk we face and it has to do with politics. I started getting questions from clients and observers about the potential impact of Donald Trump on their investment portfolios as they planned their retirement. From my perspective, I saw the threat of chaos as being greater if Trump became President.

One reason our democracy has survived these past 240 plus years is because of a fundamental value we have embraced. Whenever elections are held and new people step into elected office, whether at the municipal, state or federal level, the transition is accepted and despite differences, life goes on. This time, however, Donald Trump has spent the last two years making a concerted effort to undermine the public trust in the system that has served us well since 1776.

He has said and done things that appear to align him with authoritarian, largely undemocratic nations across the world, specifically Russia. His remarks suggest we need to adopt a more authoritarian rule if we are going to survive as a nation. I said at the time if he were to win and change the dynamics at the next election, what other existential threats might that pose?

If I were in charge of Russia, and mindful that the USA was instrumental in the collapse of the Soviet Union, and mindful that today the USA is a powerful and influential force to be reckoned with, both economically and militarily, I’d be pushing as many buttons as possible to cause the people of the USA to doubt the integrity of their system. I would be making every effort possible to raise questions in the minds of American citizens about their democracy.

I’d want to create a cancer with no cure. I’d want as many people as possible to conclude their elections are rigged. Unfortunately, I think we’ve now arrived at a point where it’s very possible there is a cancer. It remains to be seen if it metastasizes.

For me, Donald Trump has become a major existential threat. The conditions that resulted in this threat have surfaced slowly over the years and has reached a crisis level. Ironically, some 60 years ago the Republicans thought of themselves as liberal. Then came the belief that ‘others’ had too much influence and so the white majority began to feel threatened. It became a self-fulfilling prophecy and today we have Trump.

My beliefs and value systems, the mechanisms that define my world view, are more closely aligned with those of the Democratic party. I’m increasingly uncomfortable with friends and neighbors who regale Donald Trump. It’s as though some of them have joined a cult.

This is not to say there are no bad people among the Democrats, but since we don’t live in a perfect world, I find fewer existential threats from Democratic party candidates than I do from Republican party candidates.

As humans, living in a social setting with other humans, we’ve learned from inception what works for us and what does not. Either through intellect or experience, we identify threats and take steps to mitigate those threats. Sometimes we get it right and sometimes we get it wrong.

I deal professionally with the financial and economic threats faced by others. At some point, either consciously or unconsciously, we make difficult and hopefully informed decisions about those threats and like it or not, we live with the outcome.

Today, since I’m still alive, my threat indicators for risk are much higher with Republican party candidates than with Democrat party candidates. As a result, for better or worse, and to the extent possible, expect me to support Democrats.

Perhaps more importantly, you cannot live your life in fear of risk. It comes with the territory. You cannot avoid making decisions just because the outcome may not be what you envision. Just learn to do the best you can and know that today is the first of the last days of your life. (BTW, that’s me in the pic above some 77 years ago with my grandmother Hattie Townsend…)