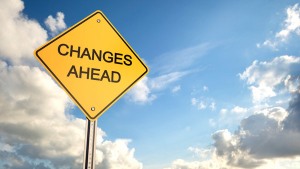 My Comments: Instant gratification, or the desire for it, is the norm in 21st Century America. It may be OK when you discover you’re hungry and have no need to go into the woods and shoot something, or instead of waiting days for the mail to arrive, you simply go to your phone and look for a text message. But…

As a society, we’re experiencing a massive shift in thinking and it’s going to take time, years even. But it is coming. Just as women in the early 20th Century were finally allowed to vote, and before that, years of agony for immigrants from Africa to shake off the shackles of slavery. And here we are 150 years later, still not fully responding to that seminal upheaval of what was then ‘normal’ arrangements in society.

The recent societal and political chaos involving the Supreme Court will be seen in years to come in the same light. This article by Peter Beinart helped me come to terms with what happened and will allow me, hopefully, to move on and resume my ‘normal’ life. I’ll continue to resist, but I now have a positive goal of eventual gratification.

David Brooks is in camp number three. The Kavanaugh hearings, he wrote on Friday, constituted an “American nadir.” You often hear such phrases from people who think the biggest problem with the Kavanaugh battle is that the participants weren’t more courteous and open-minded. Jeff Flake said that in debating Kavanaugh, the Senate “hit bottom.” Susan Collins called it “rock bottom.” Think about that for a second. For most of American history, Supreme Court nominees—like virtually all powerful men—could sexually assault women with complete impunity. Now, because allegations of such behavior sparked a raucous, intemperate political fight, America has hit “rock bottom,” a “nadir.”  How much better things were in the good old days when sexual-assault allegations didn’t polarize the confirmation process because sexual-assault victims were politically invisible.

Implying, as Brooks, Flake, and Collins do, that America’s real problem is a lack of civility rather than a lack of justice requires assuming a moral equivalence between Brett Kavanaugh’s supporters and Christine Blasey Ford’s. “What we saw in these hearings,” writes Brooks, “was the unvarnished tribalization of national life.” The term “tribe” implies atavistic, amoral group loyalty: Huns vs. Franks, Yankees vs. Red Sox, Hatfields vs. McCoys. There are no larger principles at stake. “There was nothing particularly ideological about the narratives,” laid out by Kavanaugh and Blasey Ford, Brooks declares, “nothing that touched on capitalism, immigration or any of the other great disputes of national life.”

But gender is indeed one of the “great disputes of national life.” The Kavanaugh fight pitted people who worry that #MeToo hasn’t changed America enough, that it’s still too easy for men to get away with sexual assault, against people who fear that #MeToo has changed America too much, that it’s become too easy for women to ruin men’s lives by charging them with sexual assault. That’s not a tribal struggle; it’s an ideological one. It involves competing visions of the relationship between women and men.

Describing Democrats and Republicans as warring tribes has become a political cliché, but it’s wrong. If tribal implies unthinking or inherited group loyalty, then Democrats and Republicans were actually more tribal in the mid-20th century. Back then, when being a Democrat or a Republican signified less about your view of the world, party identity was more a function of regional or ancestral ties. Whether or not they supported civil rights or higher taxes or the Korean War, Irish Catholics from Boston were mostly Democrats; Presbyterians from Kansas were mostly Republicans. Today, party identity is more a function of what you believe. The parties are so bitterly polarized not because they’ve become more tribal but because they’ve become more ideological.

But for Brooks, depicting the supporters of Kavanaugh and Blasey Ford as tribes is useful because it doesn’t only suggest moral equivalence, it also implies an equivalence of power. The “tribalization” of American politics, Brooks argues, “leads to an epidemic of bigotry. Bigotry involves creating a stereotype about a disfavored group and then applying that stereotype to an individual you’ve never met. It was bigotry against Jews that got Alfred Dreyfus convicted in 1894. It was bigotry against young black males that got the Central Park Five convicted in 1990. It was bigotry against preppy lacrosse players that led to the bogus Duke lacrosse scandal.”

The struggle over Kavanaugh was, at its core, a struggle between people who want gender relations to change and people who want them to remain the same. And throughout American history, whenever oppressed groups and their supporters have agitated for change, respectable moderates have warned that they were fomenting incivility and division. In April 1963, seven white Alabama ministers and one rabbi wrote a letter to Martin Luther King. The letter articulated no position on segregation and the right to vote. It assumed, instead, a moral equivalence between blacks that wanted race relations to change and whites who wanted them to remain the same. Both sides held “honest convictions in racial matters.” Both “our white and Negro citizenry” should “observe the principles of law and order and common sense.”

The real danger, the authors claimed, was “friction and unrest.” Averting it required “forbearance” and “restraint” on both sides. King, whose Birmingham campaign was titled “Project C”—for confrontation—was purposefully fomenting such friction and unrest through marches, sit-ins, and boycotts. While “technically peaceful,” the ministers and rabbi warned, the “extreme measures” adopted by King and his supporters “incite to hatred and violence.”

In his response, written from jail, King argued that the white clergymen were mistaking symptom for disease. The problem wasn’t “friction and unrest” between Birmingham’s two tribes. It was centuries of oppression, which there was no frictionless way to overcome. “I am not afraid of the word ‘tension,’” King explained. “We must see the need of having nonviolent gadflies to create the kind of tension in society that will help men to rise from the dark depths of prejudice and racism to the majestic heights of understanding and brotherhood.”

Even as Bull Connor’s men savagely beat black protesters in the streets, King recognized that Birmingham was not hitting “rock bottom.” It was rising from an almost century-long nadir in which white supremacy—no matter how murderous—was barely even a subject of political controversy, in which black powerlessness was the foundation on which comity between two America’s white-dominated political parties rested.

The problem that the Kavanaugh struggle laid bare is not “unvarnished tribalism.” The problem is that women who allege abuse by men still often face male-dominated institutions that do not thoroughly and honestly investigate their claims. That problem is not new; it is very old. What is new is that this injustice now sparks bitter partisan conflict and upends long-standing courtesies. Rape survivors yell at politicians in the Senate halls. The varnish—the attractive, glossy coating that protected male oppression of women—is coming off. Brooks, Collins, and Flake may decry the “tension” this exposes. But, as King understood, the “dark depths of prejudice” can’t be overcome any other way.