It’s like watching grass grow or a car turn to rust. It’s slow, from day to day you’re never sure it’s happening, but over a month or a decade, it’s inevitable.

The science behind climate change is real. You can say it’s natural or man made or whatever, but to deny it’s happening is folly. The only questions are when it will impact us as humans and can we adapt rapidly enough.

I found an interesting web site recently where you have the ability to enter any place on the planet and up comes a map. It shows the land, in red, projected to be below annual flood levels in 2050. You could enter Omaha, NE and you’ll see no red, but if you’re on the coast anywhere, it’s hard to avoid.

30 years is a blink of an eye in human evolution. The last ice age ended about 10,000 years ago. Some 10,000 years before that, sea levels were about 130m less than now or some 425 ft lower. Since then they’ve been on the rise, accelerated recently by increased carbon in the air due to human activity.

Here’s an image of how Charleston, SC. might be affected. 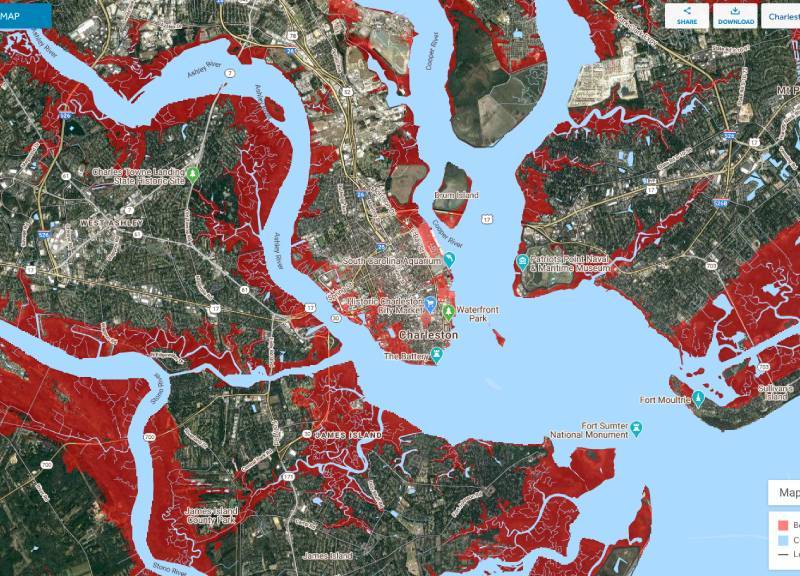 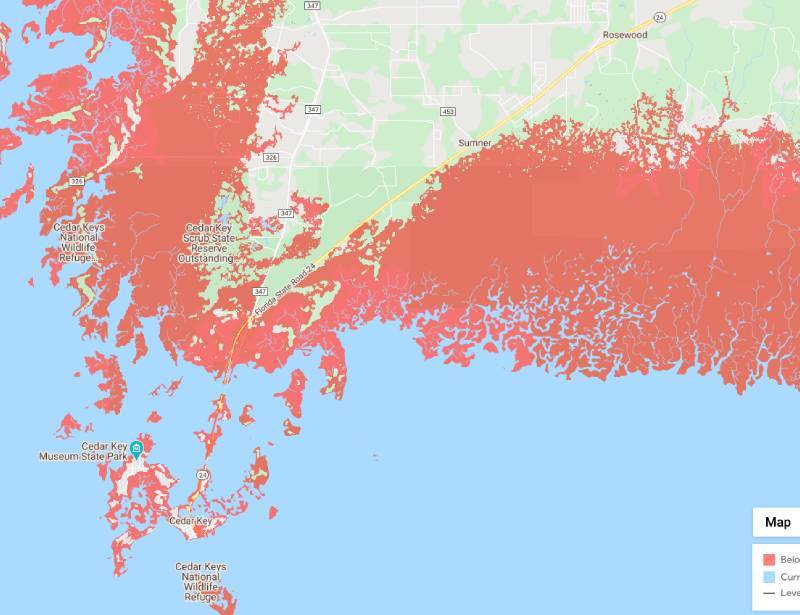 Check out New Orleans. Maybe this is fake news. Or maybe not. How much of your life are you willing to wager this is foolish speculation?