The Trumponomics Experiment is Failing Before Our Eyes

My Comments: I try to think outside the box, but from time to time, the box is too strong. So it is with expecting whatever business skills Trump brought to the table when he became our President would provide a breath of fresh air. Economic rules, those with centuries old definitions, are hard to paint into a corner and expect them to not push back.

Couple that with the questionable advisors he surrounded himself with, and his own inability to dig into the weeds to fully grasp what was involved, and the result is a mess on a lot of fronts.

We, as members of society, are accustomed to instant gratification. I want it and I want it NOW! When it comes to global trade, the money supply, interest rates, and so on, it takes weeks if not months for changes to appear. Whatever it was he and his administration hoped to accomplish may in fact have been in our ultimate best interest.

But the lack of skill in implementing any of it is probably going to result in unintended consequences, much of which is going to put us in an unhappy place for a very long time.

When Donald Trump became the 45th president of the United States, he promised to launch an economic experiment.

Ignoring the past few decades of economic liberalization, multilateralism, and openness, Trump promised to close the economy, renegotiate US trade deals nation by nation, and refocus the US economy on a relatively small sector, manufacturing, which makes up less than 20% of the economy.

To some, that experiment was a refreshing turn from the steady plod toward globalization that Americans have experienced for the past 50 years. To others — especially to economists — this was folly.

Protectionism, as experts well know, is bad news. They reminded Trump that steel tariffs had only brought the US pain, but Trump slapped them on our allies anyway. He was warned about his tax policies; about disrupting the North American Free Trade Agreement, the trade deal with Canada and Mexico; about ripping up the Trans-Pacific Partnership, a major trade deal forged by the Obama administration and supported by members of both parties; and about confronting China alone. But Trump did it all anyway.

And so the world found out what happens when the most powerful country takes 100 years of economic knowledge and flushes it down the toilet. Experiment, on.

Here we are, three years into the Trump administration’s experiment, with a recession rapping at the door of the US economy. How do we know? 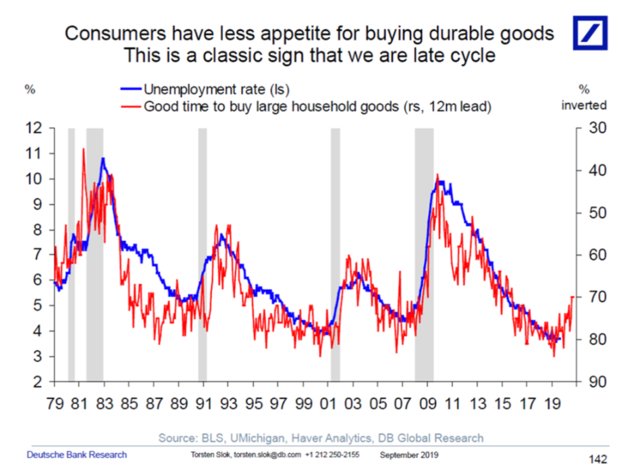 Employment numbers remain strong, though hiring is slowing, and consumer confidence remains somewhat steady. But allow me to remind you that those are lagging indicators. When a recession comes, the consumer is the last to know.

Recessions are cyclical; that’s a fact. But there are things you can do to hasten them, and the Trump administration has done all it can in that regard. His policies have basically been the economic equivalent of running at breakneck speed with a pair of sharp scissors.

Trump ran on a platform of ignoring the rules of economics and turning personal grievances into policy. Now we know what that can do to the mightiest economy on the planet.

Trade wars have disrupted agriculture and manufacturing, ripping up supply chains and costing the government billions in aid. Erratic policies have spooked Wall Street and exhausted and frustrated our allies. The world is now a place where the United States cannot be trusted, and that is a world where growth is slower. Just about every respectable economist in the game told Trump this would happen, but he and his allies didn’t want to hear it.

So now we’re here, in a moment the World Trade Organization says could produce “a destructive cycle of recrimination.” When there is no trust between counterparties in markets and everyone gets desperate, there can be unintended consequences. Monetary and fiscal policies will shift as countries try to get used to a world growing more slowly, and this could, the WTO said, “destabilize volatile financial markets” and “produce an even bigger downturn in trade.”

Sometimes rules are rules for a reason.