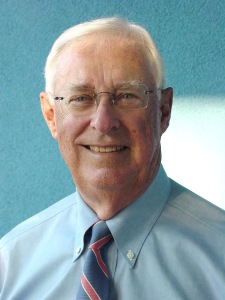 My Comments: I wrote this is May of 2017. I set it aside in an effort to help minimize potential bad feelings from friends and associates who didn’t, and perhaps still don’t, share my values as a Social Capitalist. I’ve reached the point in time where I no longer give a damn if anyone ‘unfriends’ me.

I didn’t vote for Trump though I had misgivings about Clinton. I rationalized my acceptance of him after the election as a necessary step in the evolution of our society where we stop and evaluate the decisions made over the past 70 years. Is racism ok? Do public parks still have value? Is it ok to lie through your teeth if you are making a political point? Is Social Security still a viable mechanism to limit poverty among our elderly? Is Medicare and Medicaid a viable health care model for certain people in society? Does it matter that there is growing income inequality in this country?

Here’s what I wrote in response to what I saw as a developing chaos among elected leaders in this country:

Maybe I’ve read too many spy novels or watched too many movies.

One recent story line involves several characters, one of them a global real estate mogul, declaring his intention to run for President of the United States. Surrounding this person are dedicated people, few of whom have ever held public office, or government service of any kind. It’s an entertaining story, especially when our key player succeeds. All the players are in over their heads, mistakes ensue, but all ends well.

Another story line involves the same characters but there is a cloud overhead. While perhaps entertaining, our story leads us down a path with global implications, most of them negative. We’re talking about possible war with economic chaos and human suffering.

In this story, the key player’s rise to prominence comes with help from questionable money that comes from Russian oligarchs. Their wealth was created following the collapse of the Soviet Union and their survival as individuals is linked to their friendship with Vladimir Putin. Somewhere along the way, our key player seems to have done something incriminating that, if revealed, would thoroughly compromise him.

Puzzlement surfaces when the key player and his entourage say lots of very nice things about Russia and the Kremlin leadership. This despite recent attacks by Russia on civil society outside their borders and decades of Russian efforts to diminish American and European influence on the world stage.

Meanwhile the US election process is evolving. Reputable sources declare when it’s over that the Kremlin influenced the outcome. What is not clear is the extent to which the key player and his inner circle were involved with the Russian efforts. They may in fact be innocent, but something is causing a large cloud to appear overhead. Did something happen in years past that compels the story?

Our man in DC never expected to become President. Running for the office would satisfy his ego and increase his standing in global real estate circles. Time passes and our man in DC finds himself increasingly drawn toward Russia and their ability to create fake news.

He has a compelling message for the electorate. He also discovers he can redirect our attention from his plausible faults by promoting the idea of fake news. He persuades the electorate the messages from traditional news sources are actually fake news. By election day, the resulting confusion, coupled with his promise to ‘drain the swamp’, was enough to carry the day. He wins and America hopes this will all play out well.

This alternative story line includes an emerging pattern among those in the candidates inner circle. They conceal facts, such as meetings with Russians diplomats here and there. Another is our man’s refusal to reveal his tax returns. Do they contain something toxic? Maybe not, but maybe something.

With victory, our man and his team gets ready to assume office. His team is vetted to gain access to classified information. As this effort moves forward, several of those in his inner circle decide to omit meetings they have with foreign nationals. Initially, it’s considered an oversight.

With every passing day, the cloud gets thicker with additional scrutiny from the media and law enforcement. Inner circle members Paul Monafort, Jeff Sessions, Carter Paige, Mike Flynn, Jared Kushner, and perhaps more are under this cloud. They are alleged to have not revealed meetings with Russians going back 18 months or more. While under oath in confirmation hearings, some fail to disclose these meetings with Russians.

By design or incompetence, the pattern of concealment grows. Is alleged Kremlin efforts to elect our man in DC, and gain political leverage, a success? After all, “Our Man in DC” is now the President of the United States!

The background murmurings are now appearing as though written in stone. Watergate taught us it’s not the alleged crime that kills you, it’s the cover up. Having top level meetings with a Russian emissary is not illegal; it’s the failure to report those meetings on your security clearance affidavit that’s illegal.

The pattern of concealment that began before the election is now apparent. Even our man’s son-in-law admits to concealed meetings, one of which was to promote covert communications with the Kremlin. The reader is compelled to assume something is amiss. If not, why bother.

Was there an effort to collude by our key player? Probably not. That implies overt intent. If our man is compromised from day one, there’s just the effort to hide the truth. One inner circle member was successfully promoted to lead the Justice Department. What better position to help keep that long ago event or action in the shadows.

The story is not over, but don’t hold your breath.