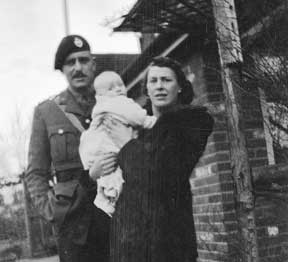 As a senior citizen, I’m reminded daily that I’m running out of time to make something happen. I no longer have the energy to be angry about what happened in the past, who is to blame, and explore what might have been.

I want to spend my remaining time and energy pushing for what I consider positive goals for the world that will be inhabited by my children and grandchildren. The Republican Party, the home of self styled conservatives, seems to focus on the past at the expense of the future. It is a far cry from the humanitarian party that I respected in my youth.

When it comes to education, I strongly believe that far more than facts and figures comprise the whole matrix. I has to include art and music and writing, all things that contribute to the ability of an individual to exercise good judgement with an awareness of the present and the future. Yes, there has to be testing and accountability, but not to the extent it is now.

Money spent today on education, on infrastructure (roads, bridges, parks, transportation, communication, be it snail mail or via the internet) are critical to the ability of future generations to succeed, and by so doing, help perpetuate the greatness of these United States and the role it plays in preserving the gains made by humans on this planet. All these elements are part of the public domain, that shared environment that contributes to our participation as full members of society.

As an economist and entrepreneur in the world of money, my professional life has given me the opportunity to both fail and succeed when it comes to providing for my family. It has given me the ability to ask the necessary questions of someone when it comes time to evaluate the present and project future goals and objectives. How much is enough? How long does it have to last? What role do you want to play in society as life evolves? At the end of the day, what will you regret not having achieved?

My formative years were as an only child. The first ten happened in Europe during WWII and the post war years. My father was an engineer whose personal history caused him to think there was a better place next door. So we traveled and I was exposed to different languages and societies. My four years in Gainesville as a college student were the longest I’d ever lived anywhere, and after graduation, I felt no compelling need to move away and explore new venues. I’ve never regretted that decision.

My truly formative years, from 1951 to 1960, exposed me to different cultures and societies. I suspect this allows me to feel comfortable with ideas that do not readily conform to what many people in this country consider normal. Our “normal” is often very different from their “normal” and for many people, this is a existential threat, and they are afraid. I consider this an advantage in that I can focus more attention and prepare myself for those existential threats that do threaten my safety and welfare. Things like global warming and running out of money before I die.

After almost sixty years here, I can say with no hesitation that I’ve been a lucky person. Sure, there have been bad days, but far and away, it’s been a good life here and I expect to have many more years. My frustrations these days are largely health related and the threat I feel from those on the right who would take us back in time if they could.

Nothing stays the same; my grandparents would be horrified by what we find normal. I have no fear of the future, in some part because most people are rational and common sense will prevail. Personally, I’m appalled by the hypocrisy of many of our so called leaders, those who would have us believe they are qualified to lead this nation.

As a young adult, I identified as a left leaning centrist. But over these last 50 plus years, the center has moved to the right much more than I have. As the right has moved toward what they describe as conservative, my perception is they have moved away from conservative into radicalism, which is not conservative.

Conservatism, to my mind, is an attempt to preserve the values that clearly worked to bring us to greatness. Those values, are today embraced by liberals who want those same values to be embraced by new members of society, be they born here, or are immigrants. The desired outcome is harmony, both within society and with others in the world. But I see those values being corrupted by irrational fear of change, and instead of looking for ways to adapt to an inevitable evolution of national spirit, instead cling to fuzzy memories of how things used to be.

Being liberal frees me from excessive paranoia. However, being paranoid doesn’t mean there is no one out there trying to get you. The trick is to keep it in perspective and spend time and energy with family and community. I’m not a Christian, as defined by many people these days, but that does not mean I do not believe there is a God. I strongly ascribe to the tenets and beliefs that define traditional Christianity, but don’t try to ‘save’ me, please. I try to live my life the right way and simply choose not to talk about it. If that bothers you, then it’s your problem and not mine.

This is not all I have to say about this, but I appreciate most readers have limits and for many of you, you may have reached yours.