I’ve written before about Climate Change and Retirement.  Given that I live in Florida with over 8000 miles of shoreline, the potential for serious migration over the next decades is huge. One need only look at the following map to understand what we’re facing. If you remain alive, where will you be living? 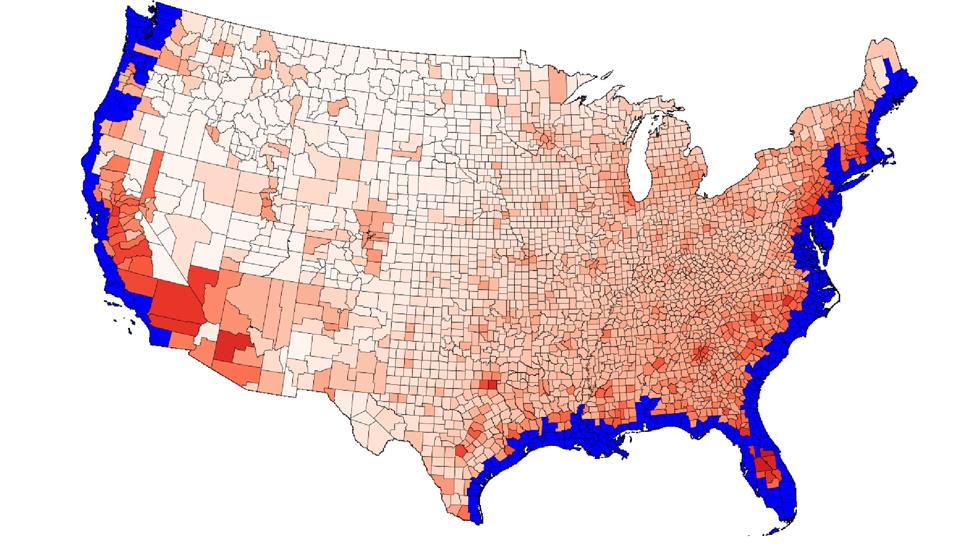 Many of the comments from those two earlier posts were that, essentially, fears were unfounded, that it was probably a hoax, and if it happened, we’d just have to live with it. While that may be true, and while it may happen after I’m dead, I’d rather not just leave my kids and grandchildren in a bigger mess than necessary.

Sea-level is rising, causing susceptible coastal cities to experience more extreme floods. These are the cities where people are likely to migrate to from increasingly flooded coastal cities.

Hurricane Harvey was a perfect example of the migration impacts a major storm and flooding has on people. The hurricane, which slammed into Texas in the fall of 2017 displaced Texans who migrated inland to rebuild their flooded lives.

A recent paper, published in PLOS ONE, used machine learning to forecast where people will increasingly move to when their coastal cities are flooded.

An increasingly warmer planet triggers several mechanisms to increase average sea levels across the globe. The most obvious one is through melting of continental glaciers, primarily on Greenland, the Arctic, and Antarctica. Also, increased heat and temperature of ocean water expands its volume, thus contributing (to a much lesser degree) to the rise in sea levels across the globe.

The study estimates that just in the United States 13 million people could be pushed to relocate by the end of the century, just 80 years from now. The study modeled which cities are likely to bear the weight of the migration away from flooded coastal cities.

The figure above indicates counties flooded (in blue) under a 6 feet of sea-level rise scenario by 2100. The red-colored counties are the degree to which that county receives migrants from flooded coastal counties.

The most popular cities for people to migrate to are landlocked cities near coastal cities. The top cities include:

People are more likely to move to a nearby landlocked city than move across the country due to flooding.

Consider the blue counties in the map above and how many people live in these counties that will experience constant flooding due to a higher sea-level. Most of Florida could be flooded, causing migration to higher land, Atlanta being a nearby landlocked city. 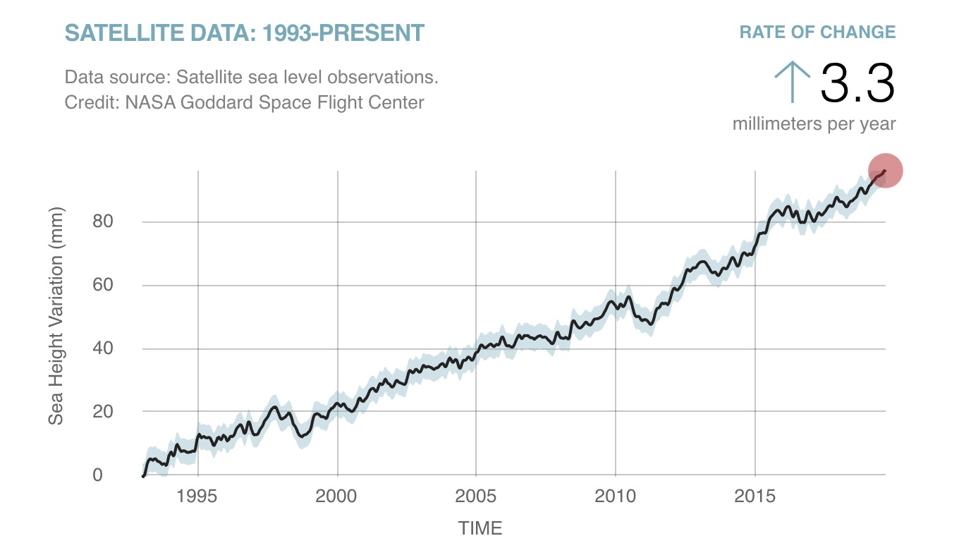 The modeled 6 feet of sea-level rise by 2100 is inherently wrong as the resulting sea-level rise at the end of the century is impacted by what we do in the next 80 years.

While the rate of sea-level rise in the past couple of decades has averaged 3.3 millimeters per year, projections show an increase in continental glacial melting.