From the Financial Times and Samuel Brittan 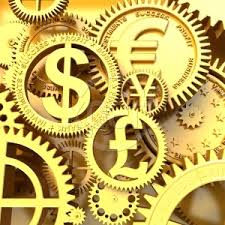 St Augustine is known for saying: “Make me continent and chaste, but not yet.” Nearly all the world’s finance ministers stress that they want to balance their budgets, but over a period of years.

The last time I quoted St Augustine was in the 1990s, when Britain’s last Conservative government introduced a series of delayed fiscal curbs to tackle the budget deficit of those years. I supported these. Today the economic weakness is greater and the global climate less propitious.

But I have reached an age when I can examine the weaknesses of my side, the one opposed to extreme austerity. What do we say if, after a few years of expansionary policy, the budget deficit is still seen as far too great by financial purists? We can say it would have been greater still if a severer policy had been pursued; or we can blame those countries that did not follow the expansionary lead. None of this will be convincing.

It is time to take the bull by the horns and say that fiscal policy should aim to balance the economy and not just the national budget, especially at times when monetary policy cannot do the job on its own. How can we do this without giving every spending authority an excuse for going on a spree when it likes?

I suggest that the national budget should be divided into three parts.

First, the ordinary current budget covering government spending on goods, services and transfers, which should be covered by revenue. Thus if we wanted to have more soldiers or science teachers or to raise state pensions above the level financed by National Insurance contributions the taxpayer would have to pay the cost.

Second, a capital budget for which it would be possible to borrow at prevailing rates of interest. This should be narrowly defined and not include every item labelled as capital by the national income statisticians. Ideally all items should be required to show a definite financial return.

Third, a stabilisation budget, which as far as I know does not exist in any big country. This would inject purchasing power when depression threatened and remove it during periods of inflationary pressure. This budget could cover any type of public spending or provisional tax cuts which could take effect without excessive delay. There is no need to put a date on the duration of such tax cuts, provided that they are not a permanent part of the fiscal structure.

Many fiscal specialists would insist on provisions, perhaps constitutional ones, whereby the stabilisation fund would balance to zero over a business cycle, so that withdrawals in years of slump would be balanced by repayments in boom years. That would be a tempting mistake. For it presupposes an unalterable, underlying trend around which the actual economy merely fluctuates. There might instead be long periods in which the desire to save exceeds the desire to invest in the private sector and which therefore require a more sustained injection of spending power.

This is what Keynes believed to be the case: hence his penchant for pyramids and cathedrals which counteracted oversaving pressures. More controversial still, it would be desirable to finance such a fund from central bank advances – money creation – and to use repayments to retire the money supply. Indeed, Milton Friedman advanced such a policy in 1948 before he formulated the fixed money growth rule.

A standard objection will be that it will be politically easier for governments to draw on a stabilisation fund than to make repayments when circumstances warrant. But that is to reckon without central banks, which could counteract inflationary fiscal profligacy by raising short term interest rates. It is far less certain that they can do it on the downside.