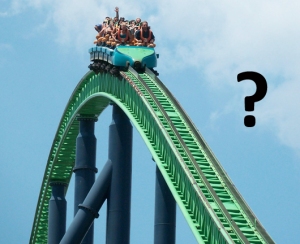 My Comments: This comes from the Washington Post which you will agree is not a right wing publication. Almost every day there is a statement or observation that runs 180 degrees from what I’ve learned over the past five decades in business.

It’s frightening to me to realize we are going backwards as a nation and not forward. I guess soon the administration will float an effort to deny women the right to vote. We’ve already ceded global economic supremacy to China by refusing to participate in the Trans Pacific Partnership. God only knows what’s coming next.

“THE WORLD is a very dangerous place!”

Thus President Trump begins the statement in which he seeks to justify accepting what he had previously called unacceptable: the state-sponsored murder of Jamal Khashoggi.

He is right: The world is dangerous and always has been. But his craven capitulation to Mr. Khashoggi’s murderers will make the world more dangerous, not less. This is not a case in which tender concern for human rights must be weighed against U.S. strategic goals. On the contrary, what Mr. Trump presents as hardheaded realism is, in fact, a grave attack on U.S. national interests.

We say this not simply because Mr. Trump’s justifications are factually fraudulent. He wildly inflates the amount of business Saudi Arabia has sent America’s way. He falls for royal flattery and fatuously allows himself to be lied to. He fails to see that Saudi Arabia is far more dependent on the United States than the reverse. He neglects the plain fact that every major action taken by the reckless crown prince, Mohammed bin Salman, even before this murder, has harmed U.S. interests: his disastrous war in Yemen, which has redounded to Iran’s benefit; his failed effort to subjugate the small neighboring nation of Qatar, a U.S. ally; and his bizarre kidnapping of the Lebanese prime minister, also a U.S. ally.

No, Mr. Trump’s strategic blindness runs far deeper than just misreading this alliance. He is also undermining the basic understanding that has worked to the United States’ advantage since World War II under presidents both Republican and Democratic.

Those leaders all accepted that, with less than 5 percent of global population but more than 20 percent of the global economy, the United States, more than any other nation, depends on and benefits from predictable rules. It needs a world where business executives can go forth and come home without fear of kidnapping, where ships can ply the oceans without armed escorts, where contracts are honored and disputes fairly adjudicated. It needs a world where journalists can report and inform Americans on the true conditions on the ground.

Previous presidents understood that the way to achieve such a world was to enlist allies who would live by the United States’ rules in return for protection — safe in knowledge that the United States would not use its preeminence to squeeze them for every last dollar. They would go along because the United States stood not just for itself but for rules that benefited everyone and for values they cherished, as well: freedom, human dignity, the rule of law. By championing good — albeit imperfectly and inconsistently — the United States did well.

Now comes Mr. Trump, in all his obtuseness, to announce that this has been a sucker’s game. He will squeeze every other country as hard as he can. He cares not a fig for American values. He will no longer pledge U.S. forces to maintain world order. And if he can sell one or two more fighter jets, who cares if a journalist is murdered?

The result will be not only moral abdication but diminished prosperity, too. No corner of the world will be safe — not Salisbury, England, where Russian President Vladi­mir Putin feels liberated to send his agents with poisonous weapons; not Thailand, from where China feels free to kidnap a Swedish citizen; not Istanbul, where Saudi Arabia will defile what should be the sanctuary of a diplomatic compound with the premeditated murder and dismemberment of a respected journalist.

Anti-Americanism will grow as people overseas see the United States wielding power for purely selfish motives. Nations will find alternatives to the U.S. dollar rather than accepting it as international currency. And, as the United States pulls back from support of democracy, stability and development, pirates will reclaim the sea lanes; poverty and mass migration will rise; and terrorism and extremism will follow.

What Mr. Trump proposes, in short, is to destroy the American brand, and the Khashoggi case crystallizes the danger. The post-truth approach he has brought to domestic governing — lying about everything from crowd sizes to climate change — he now introduces to foreign affairs. “Maybe he did and maybe he didn’t!” he writes, with respect to the crown prince’s knowledge of the plot. “That being said, we may never know all of the facts surrounding the murder of Mr. Jamal Khashoggi.”

But the facts are knowable and mostly known. A truly hardheaded president, mindful of U.S. interests, would insist on accountability for those who planned and committed the murder. He would understand that the U.S.-Saudi relationship, which is indeed important, cannot and does not depend on any single person. He would understand that U.S. standing in the world — and, therefore, U.S. influence and prosperity — will dwindle if the United States offers no objection to the murder of a peaceful, 59-year-old resident of Northern Virginia who was trying to bring a bit of light into a confusing world.

This president does not understand any of that. It falls to Congress, therefore, to decide. It can follow Mr. Trump down the path of phony realism, and decline; or it can take a stand to help defend American values — and interests.