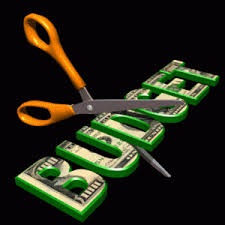 My Comments: I’m trying to decide if the author of this article is fundamentally to the left of the Obama administration and therefore critical of his lack of fire in promoting new revenue sources for the country, ie higher taxes, or whether the writer is critical because virtually everyone on the right is critical, regardless of the message or desired outcome.

I’d appreciate hearing from some of you how you react to this.

The president had a Faustian pact on tax and spending, says Jeffrey Sachs

To hear US President Barack Obama tell it this week, the budget sequestration – the automatic spending cuts that are due to commence on March 1 – will decimate the government. Each party is blaming the other, as if something new and unexpected was about to begin. Many of the cuts are indeed ill-advised – but the fact is that from the start of his presidency Mr Obama has planned a steep reduction in discretionary spending as a share of national income.

The A-List provides timely, insightful comment on the topics that matter, from globally renowned leaders, policymakers and commentators.

Each year he has put a budget on the table calling for a sharp decline in discretionary spending as a share of gross domestic product in 2012 and beyond. Most of his supporters have been unaware of the contradiction between this and his rhetoric about increasing public investments in America’s future.

The administration is now vigorously blaming the Republicans for the pending cuts. Yet the level of spending for fiscal year 2013 under the sequestration will be nearly the same as Mr Obama called for in the draft budget presented in mid-2012. So deep were the proposed cuts in discretionary spending that the budget narrative pointed out that the plan would “bring domestic discretionary spending to its lowest level as a share of the economy since the Eisenhower administration”.

These cuts are now taking hold, and they will hurt. Mr Obama’s supporters will be puzzled; many will doubt that these cuts have long been ordained by the president, at least in general terms, though not exactly as they will now occur. Why would a progressive leader plan for deep cuts in discretionary spending relative to GDP even as he advocates larger investments in health, education, infrastructure, clean energy, science and technology, job training, early childhood development and more?

There is a simple answer that is the key to the federal politics of our time. Mr Obama ran in 2008 and 2012 promising to make permanent the Bush-era tax cuts for almost all Americans. These tax cuts were unaffordable from the start and were scheduled to expire in 2010. But to say so, while the Republicans were promising to make them permanent for everybody, would probably have cost Mr Obama both elections.

So he made a Faustian bargain. He would champion the permanent extension of the tax cuts except for a tiny number of rich Americans, and he would silently plan for deep cuts in discretionary outlays as a share of GDP to compensate for the lack of adequate budget revenues in later years. In effect, he would allow rising outlays on mandatory programmes such as Medicaid and Social Security and debt servicing to crowd out public investments vital for America’s long-term economic future. And indeed, on January 1, Mr Obama and the Congress agreed to make the tax cuts permanent for 99 per cent of households.

Mr Obama probably hoped that when the moment of truth arrived, when the spending cuts started to bite, the American people would support higher taxes rather than the spending cuts long called for in his own budget proposals. And perhaps they will still do so. Yet he has never presented an alternative with more robust tax revenues in order to fund a higher sustained level of public investments and services.

So the moment of truth has arrived: we are on the path of deep cuts in discretionary programmes relative to national income. The fact is that America needs higher public investments and more tax revenues to fund them. Mr Obama is finally saying some of these things, though still without specific tax proposals.

Yet it is very late in the day. Now the Bush tax cuts are permanent, Mr Obama lacks the political leverage to achieve a boost of revenues. After years of deflecting public attention from the coming budget squeeze, he will now preside over sharp cuts in public services and investments that are the opposite of his stated goals.

The writer is director of the Earth Institute at Columbia University